You’ll get about three to five years of use out of the average laptop — at that point, it might start to lag, run out of memory, or have trouble holding battery life.

The way the consumer electronics industry is set up, repairing or upgrading laptops isn’t easy, so most people just buy a new one every few years and throw the old one away.

Now, San Francisco-based startup Framework has announced a new modular laptop that’s easy to repair and upgrade — potentially allowing it to last twice as long as the average laptop.

“The person who buys a notebook every four years … but is kind of suffering through the last two years, we want to give them the ability to have eight happy years out of this product,” Nirav Patel, Framework’s founder, told Fast Company.

Breathing new life into an aging desktop computer isn’t terribly difficult — after cracking open its case with a screwdriver, you’ll be able to identify most of the components, which you can then remove and replace with relative ease.

Because laptops are designed to be as compact as possible, though, the components are packed together more tightly. That can make it hard to identify different parts, and you may have to remove several to get to the one you want to upgrade or repair.

In many cases, the parts you’d want to upgrade aren’t even individually removable — they’re all soldered onto a single motherboard to save space. Often, finding guides on how to replace the parts you can remove — or the replacement parts themselves — is all but impossible.

Eventually, it becomes more cost-effective for the consumer to just buy a new laptop than repair the old one. Those old laptops can then end up in landfills, contributing to the world’s already massive — and growing — e-waste problem.

Patel told Freethink that he’s confident that it’s possible to build a business around easy to repair and upgrade laptops with longer lifespans than those currently on the market.

“It is not technical difficulty or a missing customer base that has held this back — it is that consumer electronics companies have not been willing to do the right thing,” he said. “Their business models depend on not doing the right thing.”

“The core of our mission, strategy, and product design is longevity, upgradeability, and repairability,” he added, “and we have built a team to deliver on that.”

Framework’s modular laptop is designed so that most components — from the screen and keyboard to the battery and CPU — are easy for owners to individually remove and replace.

Consumers can sell used parts as they upgrade, which is great for them and the environment.

To help even the least-experienced DIY-ers make such repairs to its modular laptop, Framework has placed QR codes directly on the various parts — scan a code, and it’ll take you to a how-to guide for replacing the component.

Each modular laptop is made from 50% recycled aluminum and an average of 30% recycled plastic, and Framework plans to establish an online marketplace where users can buy and sell parts they no longer need.

“Consumers (can) re-sell their used parts as they upgrade, which is great for both individuals in that transaction and great for the environment by reducing the number of items sitting in drawers or going into the landfill,” Patel told Freethink.

In addition to giving Framework-built components a second life, this marketplace will also be open to third-party manufacturers, which will increase the customizability of the laptops.

“Our goal is to have a healthy ecosystem in the Framework Marketplace, with not just our products and modules, but also compatible ones from third-party companies and individuals in the community,” Patel said.

Framework expects to begin shipping its modular laptop in the summer of 2021, and while it hasn’t announced a price yet, Patel told Fast Company it’ll be comparable to that of premium laptops with similar tech specs.

We want to give them the ability to have eight happy years out of this product.

“Our intent is to make (our laptop) an obvious choice,” he said. “We don’t want people to have to pay a premium for longevity. We don’t think that works or makes sense.”

If the modular laptop is a success, Framework plans to release other types of devices in the future — and hopefully, shift the consumer electronics industry toward a more sustainable model.

“We are pushing the change we want to see (in the industry) by building great products that are easy to repair and showing consumers and other companies that there is a better way,” Patel told Freethink. “Companies will ultimately respond to proof of consumer demand.”

Computer Science
Russia tries to impose switch to Linux from Windows
The Russian government is switching from the Windows operating system to the open-source OS Linux and encouraging companies to follow suit.
Up Next 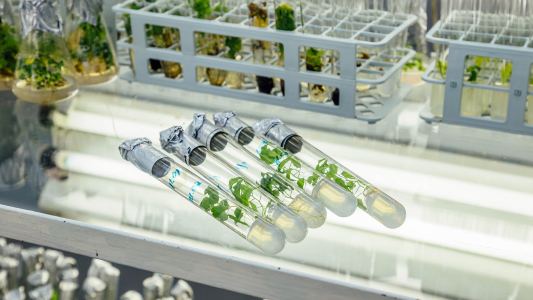