Update, 8/12/22, 6:00 p.m. ET: The researchers have confirmed with a trio of peer-reviewed papers published on August 8, 2022, that their experiment did reach the threshold of nuclear fusion ignition. However, they have not been able to replicate the results over the past year.

United States researchers appear to have reached a new milestone in nuclear fusion — bringing the dream of near-limitless clean energy closer to fruition.

“This phenomenal breakthrough brings us tantalisingly close to a demonstration of ‘net energy gain’ from fusion reactions — just when the planet needs it,” Arthur Turrell, an Imperial College London physicist helping analyze the new data, said in a press release.

The challenge: When two atoms merge into one, they release a tremendous amount of energy. This process is called nuclear fusion, and it’s how the sun and other stars generate their power.

Nuclear fusion is the holy grail of clean energy. It doesn’t produce any carbon emissions or long-lasting radioactive waste, and unlike wind and solar power, it isn’t dependent on environmental conditions.

The energy output was 25 times greater than what we could generate in 2018.

Nuclear fusion can only happen under extreme heat and pressure, though, and it takes a lot of energy to produce those conditions on Earth. We can do it — but it consumes more energy than it produces.

Until we can figure out how to get more energy from fusion than we put into it, we won’t be able to tap into it as a source of power.

Closing the gap: On August 8, researchers at the Lawrence Livermore National Laboratory (LLNL) used the National Ignition Facility (NIF) — a massive device the size of three football fields — to trigger nuclear fusion by focusing the beams of 192 lasers on a pellet of hydrogen fuel about the size of a pea.

The experiment generated 1.35 megajoules of energy compared to 1.9 MJ that was delivered via lasers.

“The pace of improvement in energy output has been rapid, suggesting we may soon reach more energy milestones, such as exceeding the energy input from the lasers used to kick-start the process,” Jeremy Chittenden, another ICL physicist, said.

Countdown to ignition: The experiment might not have reached the break-even point in energy output, but there is evidence that it came incredibly close to another nuclear fusion milestone: ignition.

The point at which that self-sustaining process begins is called nuclear ignition.

“The idea for ignition is that we can actually get a propagating burn wave in the target — ‘lighting a match’ that can burn spherically outward and release more fusion energy than we put in to get it started,” NIF director Mark Herrmann told Physics World in 2017.

Looking ahead: The NIF team suspects it may have reached the threshold of nuclear fusion ignition during the recent test — or maybe even achieved ignition outright — but its data still needs to be peer-reviewed.

(Normally, the NIF says it would have waited until after that process to announce the results of an experiment, but “news was spreading because of the scale of this achievement, so we felt it was important to put out the facts,” a spokesperson told CNBC.)

“Proving ignition is the ‘Kitty Hawk Moment’ for fusion energy.”

“Proving ignition is the ‘Kitty Hawk Moment’ for fusion energy,” Andrew Holland, CEO of the Fusion Industry Association, who wasn’t involved in the experiment, told CNBC.

“It will prove that we can unleash fusion energy for power production on Earth,” he continued. “It will provide deep scientific understanding of how fusion works, and that will help all fusion developers better build their power plants.” 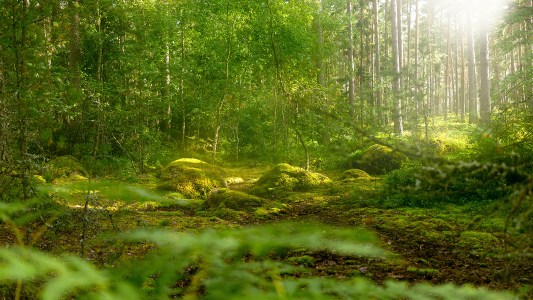 Farmers in East Anglia are organizing what may be England’s largest rewilding project.