Ford Motor Company has built a pair of robot test drivers to fill in for humans during dangerous endurance tests designed to mimic extreme driving conditions.

Ford does much of this testing in the real world, but in 2018, it opened a “Weather Factory” in Germany where it could simulate precipitation, extreme temperatures, and more to see how its vehicles would respond.

Some of this testing requires drivers to sit behind the wheel for hours in conditions that could harm their health — during wind tunnel testing at high altitudes, for example, Ford has to have oxygen bottles and a paramedic on-site.

“These two new drivers are fantastic additions to the team,” Frank Seelig, supervisor of wind tunnel testing for Ford of Europe, said in a press release.

New additions: Unlike crash test dummies, the robot test drivers aren’t humanoids, since the point of these tests is to see how the cars hold up, rather than the drivers.

But they are able to do all the things a human driver could do: start a car, switch gears, push the gas, brake, and clutch pedals, etc.

And, unlike human drivers, Shelby and Miles aren’t fazed by high altitudes or extreme temperatures (they can handle anything from -40 to 176 degrees Fahrenheit).

The robot test drivers are also capable of 12 straight hours behind the wheel — something that wouldn’t be feasible for humans — allowing Ford to perfectly replicate tests over and over again.

“Once the robot is in the driver’s seat, we can run tests through the night without ever having to worry that the driver will need a sandwich or a bathroom break,” Seelig said.

Robotics
These “Kanga and Joey” bots will dive into the sewers, so we don’t have to
A new generation of smart, miniature robots could soon carry out the vital inspections and repairs needed to keep the sewer system afloat. 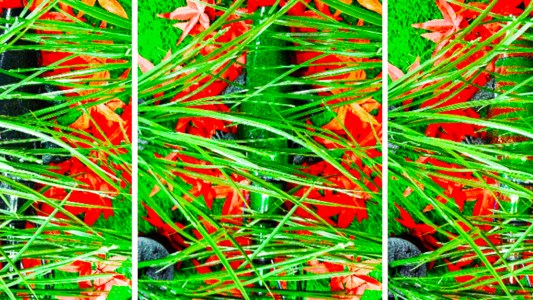 Researchers in Korea have made a color changing robot that matches its background colors — a precursor to future active camouflage technology.

Robotics
Chameleon robot can change color to match its surroundings
Subscribe to Freethink for more great stories
Subscription Center
Sections
Video
Freethink
Subscribe
We focus on solutions: the smartest people, the biggest ideas, and the most ground breaking technology shaping our future.
Subscribe