Facebook is getting into farm equipment by training their AI to spot the weeds among the crops.

Farmers are always striving for bigger yields, but weeds get in the way. Uncontrolled weeds cause about about $43 billion in annual losses to soybean and corn farmers. While herbicides can do wonders at getting rid of weeds, they are costly, challenging to work with, and can kill valuable crops.

Facebook is teaming up with Pytorch and Blue River Technologies, a subsidiary of John Deere, to create farm equipment with artificial intelligence that will probe through fields identifying and killing weeds but leaving crops unharmed — bringing down the farmer’s cost in herbicides. This “see and spray” machine essentially uses the facial recognition technology Facebook is known for.

The AI farm equipment integrates machine learning and computer vision. It is built on PyTorch, an open-source, machine-learning platform created by Facebook’s AI research group. Since precision spraying has been shown to minimize herbicide resistance — something that will drive up a farmer’s annual herbicide costs — the team at Pytorch trained the AI to precisely spray only the weeds, leaving the crops intact. They did this by showing the program pictures of weeds until it could identify them among the plants.

The machine maps the field by pulling along cameras to examine the area frame by frame. Then, robots reference the map to accurately spray only the weeds.

Blue River Technology claims that this new farm equipment could eliminate 90 percent of the volume of herbicides that farmers currently spray. With over 1 billion pounds of pesticides used yearly in the United States, that is a significant savings.

“In ag, the problems are complicated, and the applications take on a level of sophistication and complexity that most people probably don’t appreciate.” Sona Raziabeegum, Strategy Lead at John Deere told Fierce Electronics, “Our See and Spray technology…has to distinguish between a weed and a plant on the fly in a matter of nanoseconds.”

John Deere began adopting technology for precision agriculture two decades ago. By the early 90s, they were incorporating GPS technology into farm equipment, and by 2002 they had launched AutoTrac, their autonomous tractor. These two technologies were designed to reduce overlaps while plowing the fields — saving farmers time and money. Systems like these now farm up to 70% of crop acreage in North America.
It is estimated that by 2050, we may have 2 billion more people in the world than today. Advances in farm equipment technology, such as these, will help farmers prepare to meet global population growth demands. 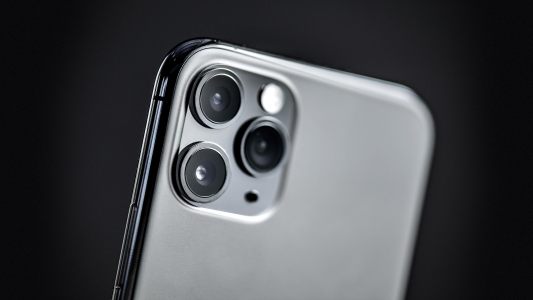 A new algorithm can detect diabetes using data collected by a smartphone’s camera, offering a way to address the problem of undiagnosed diabetes.