New York City-based company Intrommune Therapeutics is beginning a phase 1 clinical trial for a toothpaste that may help relieve peanut allergies. The toothpaste looks to be a foamy vehicle for immunotherapy for allergies. It could deliver the therapy to the most effective spots in the mouth and easily become a daily routine.

Intrommune began developing the idea in 2016, as Insider reported. The idea is to optimize immunotherapy for allergies, starting with the ubiquitous peanut allergy.

Much like practitioners of mithridatism expose themselves to gradual doses of poison to gain immunity to said poison, immunotherapy for allergies exposes the patient to proteins of their allergen in small, controlled doses.

“The incremental increases of the allergen cause the immune system to become less sensitive to the substance, probably by causing production of a “blocking” antibody, which reduces the symptoms of allergy when the substance is encountered in the future,” explains the American College of Allergy, Asthma, and Immunology.

There’s a few ways this can be done, including through allergy shots. Oral immunotherapy for allergies involves taking the allergen in the form of tablets; a variation on the technique, sublingual immunotherapy, instead places drops under the tongue. Oral immunotherapy can cause more adverse side effects, Science News’ Esther Landhuis reports, making sublingual a more attractive option. Both of them, however, have their drawbacks.

Both oral and sublingual immunotherapy for allergies require daily use, and the immunity can wane without regular dosing. And, per Landhuis, the immune cells the therapy is trying to goose are most concentrated in the cheeks and other parts of the mouth, not under the tongue.

The idea came to allergist William Reisacher, naturally, while brushing his teeth in the mirror.

“I saw all the foam in my mouth going into all the areas I wanted it (the peanut proteins) to go,” Reisacher, the company’s senior scientific advisor, told Landhuis. So inspired, Reisacher invented Intrommune’s proprietary oral mucosal immunotherapy (OMIT) — delivering immunotherapy for allergies via toothpaste.

Because of that foaming action, and because brushing your teeth is already a daily routine for most (or should be!), the peanut allergy toothpaste may both deliver the peanut proteins where they are meant to go and make daily immunotherapy for allergies easier to remember and perform.

While the toothpaste model seems promising, it does come with its own set of risks, especially around dosing and the risk of too much of the peanut protein getting in the bloodstream in the case of inflamed gums or, say, a wound post-dental surgery.

“Safety is something I’m going to be watching closely,” allergist Sakina Bajowala told Landhuis — which is what a phase 1 trial is all about.

After having their Investigational New Drug application accepted by the FDA in February, the company has turned its attention to phase 1 clinical trials. Science News reports that Intrommune is enrolling 32 adult patients with peanut allergies to test the safety of continually escalating doses.

Eventually, the toothpaste could be tweaked to use other proteins to provide immunotherapy for allergies beyond the nutty legume. 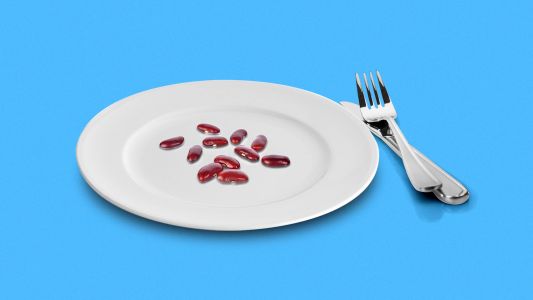 A med student thinks the key to reducing food insecurity is through transportation. He launched Good Apple, a healthy food delivery service for families in need.

Social Entrepreneurs
Austin is facing food insecurity. This student is on a mission to solve that.
By Teresa Carey
Subscribe to Freethink for more great stories
Subscription Center
Sections
Video
Freethink
Subscribe
We focus on solutions: the smartest people, the biggest ideas, and the most ground breaking technology shaping our future.
Subscribe