Scientists have identified a new way to fight the rapidly mutating influenza virus, with antibodies that target a different part of the virus. The discovery could lead to a universal flu vaccine.

The flu antibodies were discovered in people’s blood, and can attach to a part of the virus that doesn’t mutate as much as what traditional flu vaccines aim at.

By generating antibodies that stick to this target, researchers may be able to take another step closer to vaccinology’s holy grail: a universal flu vaccine, which can protect against all strains of flu — even ones that haven’t evolved yet.

“In order to increase our protection to these highly mutating viruses, we need to have as many tools as we can,” said researcher and study co-first author Julianna Han of the Scripps Research Institute. “This discovery adds one more highly potent target to our repertoire.”

Despite coming around constantly, the flu virus’ ability to rapidly mutate means we need new vaccines each year, with some more effective than others.

The endless flu fight: Despite coming around constantly and causing trouble every year — in a typical flu season, the virus sickens more than 20 million Americans, killing over 20,000 of them, Scripps says — finding the right vaccine against flu is, alas, an imperfect science.

The problem is that the virus is covered with spike-y proteins (called hemagglutinin, or HA) that help it attack our cells, and these are constantly mutating, dodging antibodies from previous vaccines and infections.

This is why we need new flu shots every year, and why sometimes the vaccines don’t match what’s circulating out in the world.

A universal flu vaccine could change all that. If we can create a vaccine that aims for parts of the virus spike that are less likely to mutate, it may be possible to protect against many strains of flu with one vaccine — potentially for years at a time.

This would be an important moment in public health, and it’s one that, after decades, finally is looking possible.

A new target: Ideally, researchers are looking for antibodies that hit parts of HA that don’t mutate as fast as the “head” of the protein. The stalk, which is kind of like the middle part of the protein, is a popular option.

What the team (from Scripps, UChicago, and the Icahn School of Medicine) found, however, were antibodies that glommed onto a part of the protein even closer to the virus’ surface. They dubbed this new target the “anchor.”

The antibodies they studied came from the blood of people who had gotten a flu shot, participated in a universal flu vaccine trial, or had been infected with the flu.

The study, published in Nature, found 358 antibodies, most of which we already know to hit HA’s head or stalk. But 50 of the antibodies stood out. These attached to the protein right at the bottom, where it sticks out from the virus particle — the anchor.

When they tested these antibodies against various strains of flu, they found that they could recognize multiple different kinds, and they protected mice from three different varieties of H1 viruses, which are common seasonal strains.

The upshot: “By identifying sites of vulnerability to antibodies that are shared by large numbers of variant influenza strains we can design vaccines that are less affected by viral mutations,” study co-senior author Patrick Wilson said.

These anchor antibodies just may fit the bill. They could also potentially be developed as drugs for treating a variety of flu infections, Wilson said (similar to the monoclonal antibodies used to treat COVID-19).

Importantly, these antibodies seem to be fairly common in people — they’ve just slipped under the radar, so our vaccines aren’t designed to make a lot of them.

Our immune system can already create antibodies for the anchor, so the next step is using protein engineering to create a vaccine that creates more of them, Jenna Guthmiller, co-first author, added.

Beyond the excitement of finding a new flu target, the antibodies represent something else, the researcher said: that despite studying our common foe for years, the virus still has surprises.

Healthcare
Scientists discover possible precursor to a Parkinson’s drug
Scientists have optimized a peptide known to prevent the “protein misfolding,” that causes Parkinson’s disease. This could be a precourser to a disease treatment. 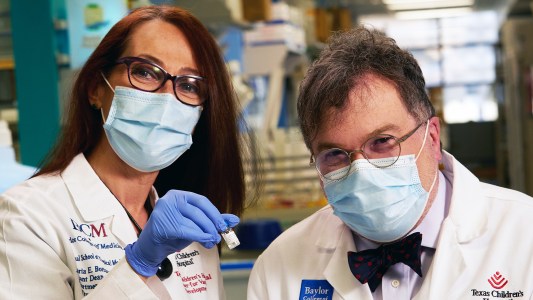 India has just become the first nation to authorize a cheap and easy to manufacture new COVID-19 vaccine called Corbevax.