An artificial cornea made from pig skin could end our reliance on human donors and give millions of people worldwide back their sight.

The challenge: The cornea is a tough, transparent layer of tissue that covers the front of the eye. It helps focus light on the retina, and if it’s damaged by disease or injury, a person’s vision can suffer — worldwide, nearly 13 million people are blind due to problems with their corneas.

Only 1 out of every 70 people in need of a cornea transplant gets one.

For people with keratoconus — a disease that causes the cornea to thin and bulge out — the only way to correct severely impaired vision is with a cornea transplant from a human donor.

Only 1 out of every 70 people in need of a transplant gets one, though, and the majority of those in need live in low- or middle-income countries where treatment options are often limited and prohibitively expensive.

After purifying collagen molecules extracted from the pig skin, the researchers fashioned them into an eye implant that looks like a contact lens.

They then teamed up with surgeons in Iran and India to implant the artificial corneas in 20 people with keratoconus — 14 were blind, and 6 were close to losing their sight.

Instead of removing the damaged cornea and then suturing a new one into place (the standard procedure), the surgeons tried a simpler technique, using a laser to make an incision and then inserting the implant into the existing cornea — no sutures necessary.

The results: While the goal of the study was to test the safety of the artificial cornea, the researchers were surprised to see that their invention appeared to reverse the damage caused by keratoconus — participants’ corneas regained their thickness and normal curvature.

A two-year shelf life means the artificial corneas could be mass-produced and shipped wherever they’re needed.

As a group, their vision improved as much as it would have had they all received human donor corneas, and two years post-surgery, none of the previously blind participants were blind anymore. Three even had perfect 20/20 vision.

The unique transplantation technique also helped the eyes heal more quickly and could increase access to cornea transplants as “a less invasive method could be used in more hospitals, thereby helping more people,” according to researcher Neil Lagali.

Better option: The artificial corneas could be more than a one-to-one replacement for donor corneas — they could be an improvement on them.

While donated corneas have to be used within two weeks, an artificial cornea can be stored for two years — Lagali says this means they could be mass-produced and shipped wherever they’re needed.

“There’s always a risk for rejection of the human donor tissue because it contains foreign cells,” Lagali told NBC News. “Our implant does not contain any cells … so there’s a minimal risk of rejection.”

Looking ahead: The researchers’ next goal is a trial involving at least 100 people in the US and Europe. They also want to see if their artificial cornea can be used to treat people with other eye conditions.

If they can get approval from regulators, they hope their eye implants will be able to restore sight in people without access to donor corneas and traditional transplantation methods. 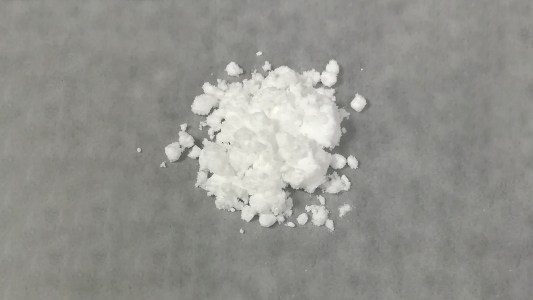 A new carbon capture technology made from the cheap material melamine could help keep emissions out of the atmosphere.