This kind of cancer is missing three common targets for breast cancer drugs, making it more difficult to treat.

Now, Tulane University researchers have discovered a gene that can serve as an “off switch” for TNBC, potentially leading to a new breast cancer treatment.

TNBC gets its name from the fact that the breast cancer cells test negative for estrogen receptors, progesterone receptors, and excess production of a protein called HER2.

That means TNBC won’t respond to a breast cancer treatment that targets those hormones or that protein, which typically leaves only surgery, radiation therapy, and/or chemotherapy on the table as treatment options.

For their study, published in the journal Scientific Reports, Tulane researchers wanted to determine how two human genes — Rab27a and TRAF3IP2 — affect the formation of TNBC.

To do that, they injected mouse models with TNBC cells. After confirming tumor growth, they then used a virus to deliver a molecule of RNA to the genes from functioning.

When the researchers inhibited Rab27a, they found that it stopped tumors from growing, but it didn’t stop tiny amounts of cancer cells from spreading to other parts of a mouse’s body.

The gene suppressed the spread of cancer cells for a year after treatment and shrank tumors to undetectable levels.

Inhibiting TRAF3IP2, however, not only suppressed the spread of cancer cells for a year after treatment, but also shrank existing tumors to undetectable levels.

“This exciting discovery has revealed that TRAF3IP2 can play a role as a novel therapeutic target in breast cancer treatment,” researcher Reza Izadpanah said in a news release.

Of course, as with any animal study, this one comes with the caveat that treatments that work in mice often don’t work in humans.

To find out whether that’s the case with this “off switch” for TNBC, the Tulane researchers are now attempting to secure FDA approval to begin clinical trials.

The Future of Gene Therapy

This Tulane study is far from the first to identify potential ways to target our own genes in the battle against disease — and some of these gene therapies are already being used to treat humans.

In 2017, the FDA issued an approval for Kymriah, a gene therapy developed by Swiss pharmaceutical company Novartis, making it the first gene therapy cleared for use in the U.S.

Since then, the agency has approved a handful of other gene therapies, but the number could soon increase dramatically — in December, former FDA commissioner Scott Gottlieb said that he expects the FDA will be approving between 10 and 20 new gene therapies every year by 2025.

If the Tulane team is able to reproduce the results of its mouse study in humans, a TRAF3IP2-focused breast cancer treatment could be one of them. 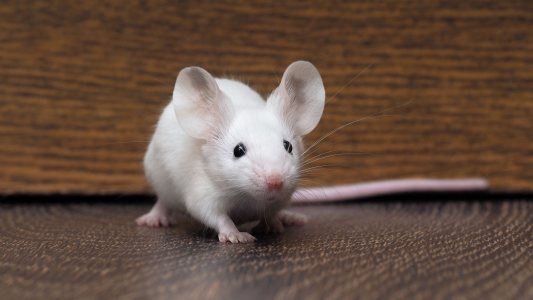