A large, longitudinal study has found evidence that undergoing cataract surgery could reduce the risk of developing dementia, the National Institute on Aging (NIA) has announced.

The restoration of the patient’s eyesight may be behind the reduction, the researchers theorize; previous studies have shown a link between sensory loss — e.g. going deaf or blind — and dementia.

Vision loss, in particular, has been tied to dementia risk, in part because of the social isolation it can cause, as well as the difficulty it presents in getting mental stimulation, the Washington Post reported.

Restoring some lost vision via cataract surgery, then, may help prevent dementia disorders from setting in or accelerating.

If the findings bear out, it could help change the way doctors and patients tackle dementia, Nathaniel A. Chin, an assistant professor of medicine at the University of Wisconsin who was not involved with the study, told the New York Times.

“We can talk to people about potential brain health improvements with cataract surgery as well as the need to address vision throughout one’s life as a means of protecting cognition,” Chin said.

The burden of the brain: According to the NIA, dementia impacts nearly 50 million people worldwide. Dementia can take various forms — including Alzheimer’s disease, frontotemporal dementia, and Lewy body dementia — and has proven frustratingly resistant to treatment.

And even when a drug is approved, like aducanumab to treat the plaques associated with Alzheimer’s, it may be based on a theory we aren’t entirely sure is correct — for instance, that a protein called amyloid in the brain causes Alzheimer’s.

As more people live longer lives, dementia cases are likely to increase, since the condition is “strongly associated with aging,” the NIA said.

So, too, is sensory loss — like losing your vision from cataracts.

The researchers analyzed thousands of participants and decades worth of data.

Clearing the clouds away: Cataracts are caused by a clouding up of the lens of the eye; in severe cases, they make the eyes look milky. Cataracts can cause numerous vision difficulties, including blurred/dimmed vision, night blindness, and the fading of colors.

According to the Post, the only cure is cataract surgery, where the clouded lens is removed and then replaced by a prosthetic lens that restores vision. It’s that vision restoration, the researchers believe, that may be key to the reduced dementia risk.

Reducing risk: In their study, published in JAMA Internal Medicine, the researchers analyzed data from patients in a large study called Adult Changes in Thought, which has been tracking the health of patients of Kaiser Permanente Washington for decades.

The researchers looked at 3,038 patients whose data was collected between 1994 and 2018. The patients were all 65 or older, did not have dementia when the study began, and were all diagnosed with cataracts or glaucoma before being diagnosed with dementia.

“We were astounded by the magnitude of the effect,” study author Cecilia S. Lee, of the University of Washington, told the NYT.

The study controlled for a number of different factors, including age and other health issues between the two groups.

Importantly, they addressed concerns that individuals who chose to get eye surgery were likely to be healthier than those who did not, and thus were already less likely to develop dementia for other reasons.

That “supports the idea that it isn’t just eye surgery, or being healthy enough to undergo surgery, but rather that the effect is specific to cataract surgery,” Lee said.

More answers needed: While the research is promising, and dovetails with previous studies linking the loss of our senses with the onset of dementia, it is — as so often is the case in the world of dementia and brain research — not an open and shut case.

If further research supports these results, cataract surgery may have clinical relevance for patients at risk of dementia.

Also, because over 90% of the patients in the tracking study self-reported as white, the results may not translate to other patient populations; the Adult Changes in Thought study is currently trying to recruit a more diverse population.

If further research reinforces these results, “cataract surgery may have clinical relevance in older adults at risk of developing dementia,” the authors wrote. 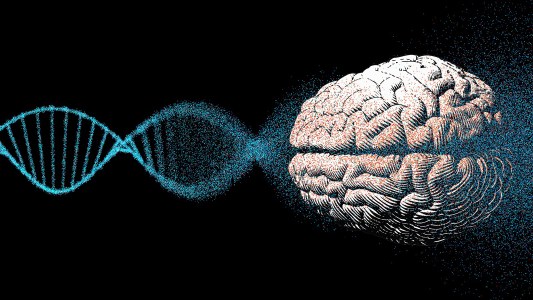 A new Dravet syndrome treatment that targets genes could help extend the lives of people with the rare, but severe form of epilepsy.