Scientists at the University of Virginia (UVA) School of Medicine have developed a promising gene therapy to target the mutation behind a severe form of epilepsy.

The new Dravet syndrome treatment could help improve and extend the lives of people with the rare but debilitating disease.

There is no cure for Dravet syndrome, and 10-20% of children born with it die before reaching adulthood.

The idea: In more than 80% of cases, people with Dravet syndrome have a mutation in a particular gene (called SCN1A) that results in reduced production of a critical protein in the brain.

This leads to a shortage of that protein in specialized brain cells, called “interneurons,” that protect against seizures.

No existing Dravet syndrome treatment directly addresses the underlying cause of the disease — so the UVA team decided to make one that does.

The Dravet syndrome treatment: Dravet is usually caused by a single random mutation, but people generally carry two copies of every gene. The researchers aimed to use the second intact gene to treat the disease.

When tested in mouse models of Dravet syndrome, the treatment completely prevented seizures and premature death in infant mice.

The animals’ interneurons were “more responsive, more active, and better able to do their jobs,” according to a press release.

The big picture: Therapies that work in mice often fail in humans, but early results in human trials suggest this Dravet syndrome treatment has a shot.

More than 70% of children with Dravet in an ongoing phase 1/2A study experienced a reduction in seizure frequency following treatment, according to Stokes Therapeutics, the company developing the drug.

That study was small, with just 21 participants so far, and these are interim results, so it’s still too early to say whether the therapy (called STK-001) will ultimately make it to patients.

Still, if the results hold up in larger trials, the new treatment could help people with Dravet syndrome live longer, healthier lives. 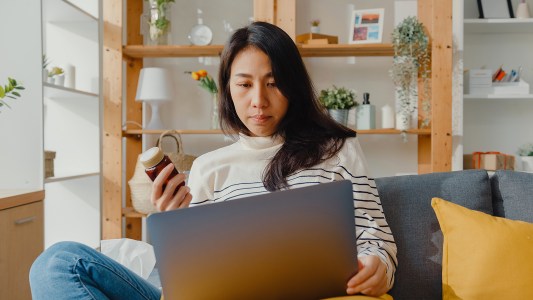 Billionaire investor Mark Cuban has launched an online pharmacy designed to cut the cost of generic drugs by as much as 99%.