As exciting as the latest breakthroughs in medical research can be, there’s one basic fact about scientific research: mice lie. What works in a mouse or in a dish in a lab does not necessarily work in a human.

There’s only one way to find out if new drugs and treatments really work, and that’s through clinical trials of human patients.

Here are five of the most exciting clinical trials we are looking forward to in 2022.

Building on decades of work, the researchers created a vaccine that targets a protein in milk called α-lactalbumin. This protein can be found in cancer cells, and especially the cancerous cells that cause triple-negative breast cancer — the most lethal kind. The idea is that the vaccine will train the immune system to attack the cancer cells producing the milk protein, stopping the disease ealy.

The trial will enroll up to 24 subjects who, while currently tumor-free, were diagnosed with triple-negative breast cancer in the past three years, and are at high risk of having their cancer return. They will each receive three shots two weeks apart.

Since it’s a phase 1 trial, the main goal is not to see if the vaccine works — you need a much larger study with a placebo control to study that. Instead, it’s preparing the way for larger efficacy studies, by testing what the maximum tolerable dose is, and what dosing gets the best immune response.

Pfizer’s RSV vaccine: RSV is a common respiratory virus that, while merely miserable for most people, can prove deadly in very young children, the elderly, and immunocompromised people. Despite its ubiquity, there’s currently no RSV vaccine or cure.

After acing a human challenge trial — where healthy volunteers were given the vaccine and purposefully exposed to, or “challenged,” with the virus — Pfizer launched a phase 3 trial, called RENOIR, in September to gauge whether the vaccine really works. Results from that trial could be ready by early next year after the winter virus season.

Autism gene therapy: Angelman syndrome is caused by a mutated or missing UBE3A gene. The gene controls important brain proteins that are critical for neurodevelopment, and while everyone gets two copies, one from each parent, the paternal copy is usually suppressed — so there’s no backup if a mutation breaks or loses the maternal copy.

Symptoms of Angelman include intellectual disability, motor issues, and autism.

GeneTX Biotherapeutics is trialing a gene therapy, called GTX-102, for Angelman. The therapy aims to keep the paternal copy of the gene active, allowing it to pinch hit for the mutated or missing version.

The researchers are currently studying safety and tolerability, and how much of GTX-102 actually makes it into cerebral-spino fluid. The trial is projected to end October 2022.

There’s only one way to find out if new drugs and treatments really work, and that’s through clinical trials of human patients.

Oxford’s HIV vaccine: HIV is a terrible virus. It mutates so quickly, and hides so well, that it is impossible for antibodies to get a grip on it, or for your immune system to eliminate it. For the same reason, it has also been impossible to vaccinate against — thus far.

Oxford is taking a new approach to creating a vaccine for this maddeningly slippery foe by training not antibodies, but T cells. T cells play a key role in our immune response; they activate other immune cells, release chemicals to control immune responses, and kill off infected cells. Oxford’s vaccine looks to spark the creation of these T cells, and aim them at a part of the HIV virus that isn’t prone to mutating as much.

Oxford has enrolled subjects into a phase 1 study. HIV free, they will receive one dose of the vaccine and then another booster dose four weeks later, to figure out how safe and tolerable the vaccine is, and if it sparks an immune response.

If the phase 1 trial, which is slated to end in the spring of 2022, looks promising, then it’s on to bigger studies to see how well it works.

The U.S. military’s anti-aging pill: All those not exciting enough to have you looking forward to next year? Ok, then, here’s some Steve Rogers stuff for you: The U.S. Special Operations Command (SOCOM) is looking to begin a trial of an “anti-aging” pill in 2022.

Well, kind of. The pill raises the levels of a chemical called NAD+ in the blood that’s associated with aging. The idea is that if they can goose soldiers’ NAD+ levels, they may be able to reduce the impacts of aging on mental and physical fitness.

Seeing as how we’ve all aged a decade in the last two years, let’s hope the results are promising. 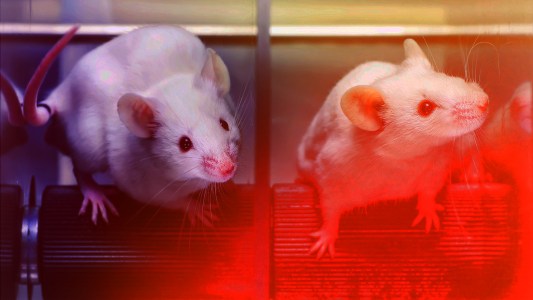 Autoimmune disorders can attack treatments. Can “reverse vaccination” keep the body at bay when necessary?