It’s one of the more persistent coronavirus conspiracy theories, looming like a stranger’s cough. Was the novel coronavirus causing the COVID-19 pandemic made in a lab? Did it slip out of some scientist’s grasp and go on to ravage the world?

In short: most likely not.

Coronavirus conspiracy theories may make us feel better by assigning blame; the truth, that nature shot the dice and this coronavirus hit seven, can feel unbearable, a reminder of humanity’s vulnerability despite our past victories over the invisible world.

In analyzing the genome sequence and proteins of SARS-CoV-2 — the official name of the coronavirus causing COVID-19 — a group of five researchers say they see no evidence of the virus being deliberately modified. Their paper, published in the journal Nature Medicine, lays out the argument for why the coronavirus emerged from nature via mutation, not in a lab.

“We determined that SARS-CoV-2 originated through natural processes by comparing the genetic sequences and protein structures of other coronaviruses to those of (the) new virus that causes COVID-19,” virologist Robert F. Garry, one of the study’s co-authors, told Tulane University.

Instead of looking like SARS or other pathogens known to be good at infecting humans, according to Garry, the coronavirus’s sequence and protein structures were very similar to other members of the Coronaviridae family of viruses found in bats.

The authors looked at genomic data published by scientists early in the outbreak, focusing on the coronavirus’s spike protein, which it uses to attach to human cells and break inside. (This crucial function has made the spike protein a target of researchers — and citizen scientists — looking for ways to bind it up and slow the virus down.)

Specifically, they looked at two parts of the spike protein. One section works essentially like Batman’s grappling hook, snagging the cell. The other part rends it open, allowing the virus to get in and hijack the cell’s machinery.

SARS-CoV-2’s grappling hook is adept at grabbing onto a receptor on human cells called ACE2. It’s very good at it — better than what computer simulations could come up with, better than the best techniques of known viruses like SARS. So good, the researchers concluded, that it could not have been invented by people — as Garry told Freethink, nature is simply capable of things a computer is not.

The researchers further argue that a scientist looking to make a bioweapon — another flavor of coronavirus conspiracy theories — would likely have planned their design around a coronavirus that already causes disease in humans — like SARS or MERS. But, just as the virus doesn’t use anything like SARS’ very efficient hook to snag human cells, its backbone also looks different from viruses known to cause human disease and more like viruses found in bats and pangolins.

Instead, the paper argues that all the evidence so far points to a virus that emerged from animals (probably bats or pangolins) and at some point jumped to people; once there, it probably refined its cell-grabbing tricks to adapt and spread between human hosts. Known as zoonoses, these species-jumpers account for about 75% of emerging infectious diseases.

Other researchers agree with the analysis. “We see absolutely no evidence that the virus has been engineered or purposely released,” Emma Hodcroft, a molecular epidemiologist at the University of Basel in Switzerland, tells ScienceNews.

As cathartic as having these coronavirus conspiracy theories ring true would be — as having someone to blame would be — the genetic and protein evidence just doesn’t point to the coronavirus being man-made, the researchers sum up. “Our analyses clearly show that SARS-CoV-2 is not a laboratory construct or a purposefully manipulated virus.” 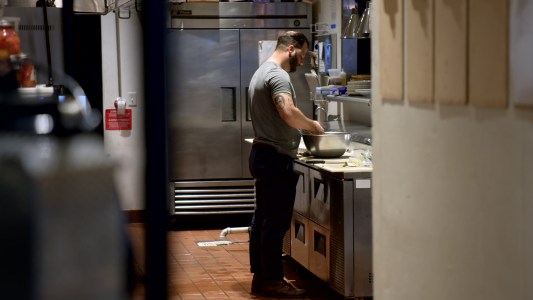 Wondering how you can help during the coronavirus? Here are five organizations that need your support, and how your donation could be doubled.

Social Entrepreneurs
Nonprofits innovating in the face of COVID-19
Subscribe to Freethink for more great stories
Subscription Center
Sections
Video
Freethink
Subscribe
We focus on solutions: the smartest people, the biggest ideas, and the most ground breaking technology shaping our future.
Subscribe