An international team of scientists primarily based out of the John Innes Centre in the United Kingdom has used gene-editing to create a vitamin D-enriched tomato.

Using CRISPR-Cas9, they switched off an enzyme in tomatoes that ordinarily prevents the molecular forerunner of vitamin D3 (called 7-dehydrocholesterol, or 7-DHC) from accumulating in the plant.

The result is a tomato plant that, when exposed to ultraviolet light (like from the Sun), creates massive amounts of the prized vitamin in its leaves and, more usefully for us, also a fair amount in the fruit.

“The amount in one tomato would be equivalent to that in two medium-sized eggs or 28 grams of tuna,” the researchers wrote in their study published in the journal Nature Plants. That’s about 20% of the U.S. recommended daily allowance (RDA).

Vitamin D has been a source of scientific debate over the last couple decades, as many health experts argue that much of humanity doesn’t get nearly enough of it, leading to poor bone health, increased rates of cancer, and suppressed immune function, among many other health problems.

The primary dietary sources of the vitamin are milk, fish, eggs, and meat, as well as fortified foods (cereal, orange juice, etc.) and supplements. But a foundational source is the Sun. Our own skin makes vitamin D when exposed to sunlight, but seeing as how we have been spending more time indoors in the last few centuries compared to our deep evolutionary past, we may be shorting ourselves this quintessential source.

For people living in higher latitudes, it can also be hard to get enough vitamin D in the winter when there is less sunshine. Darker-skinned individuals may also have a greater challenge getting enough vitamin D, as more pigmented skin doesn’t produce as much vitamin D for a given level of sunshine. Vegetarians, vegans, and the elderly are also at a heightened risk of deficiency.

While the gene-edited tomato doesn’t offer a game-changing amount of vitamin D3 by any means, it doesn’t really have any drawbacks either. Taste and growth rates were unaffected.

The researchers also noted that the leaves were so rich in the vitamin, with one gram containing about 60 times an individual’s recommended daily intake, that these too could be harvested and ground up for vitamin D3 supplements. Moreover, the scientists say that their genetic tweak could also be used to boost vitamin D3 levels in eggplants, potatoes, and peppers.

If developed successfully and embraced by consumers, the vitamin-enriched tomato could join other impressive feats of genetic engineering in battling malnutrition and strengthening our food supply.

With a single genetic alteration, AquaBounty salmon grow twice as fast as conventional salmon while needing 25% less food. Just one cup of engineered Golden Rice supplies about 50% of the recommended allowance of vitamin A. If widely grown and consumed in the developing world, the staple crop could drastically cut into vitamin A deficiency, which is the leading cause of preventable childhood blindness. About 250,000 to 500,000 malnourished children go blind each year from not getting enough of the essential vitamin.

Physics
Australian scientists put the quantum world on a microchip
A first-of-its-kind quantum simulator could lead to the creation of never-before-seen materials powered by quantum phenomena.

Series | Just Might Work
Megafires: Fixing 100 years of mistakes in 10 yearsWatch
Most forests in the world may become fireproof in just ten years with this technology. 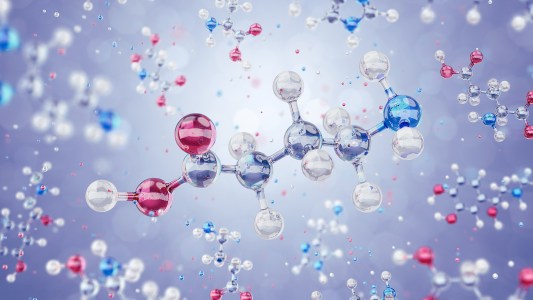 A gene therapy tested in animals may be a safe, permanent, and non-addictive treatment for neuropathic pain in humans.