A British man with Parkinson’s disease is now the first to receive a small deep brain stimulation (DBS) device that can be implanted in half the normal time — an advance that could change the field and unlock the treatment for many who need it.

As a result, people with Parkinson’s experience hand tremors, involuntary muscle twitches, and other uncontrollable movements. These symptoms get worse over time and can make previously simple tasks, such as walking and tying shoes, incredibly difficult.

DBS is another treatment option, where electrodes are implanted in the brain. These deliver pulses of electricity that correct the abnormal brain signals, analogous to how a pacemaker corrects an abnormal heartbeat.

Most DBS devices work by running a wire from the electrodes under the skin of the patient’s neck down to a rechargeable battery implanted in their chest. This requires a multi-stage surgery that takes 5 to 7 hours, and the battery is visible under the skin.

Only 7% of Parkinson’s patients who might benefit from a DBS device have one.

The DBS device: British biotech company Bioinduction recently developed the world’s smallest DBS device. It’s called the Picostim, and its battery is tiny enough to be implanted right in a patient’s skull, eliminating the need to run wires to their chest.

Because the Picostim could be implanted in one stage, the hope was to cut surgery time and complexity.

This could increase the number of Parkinson’s patients to receive a DBS device — despite global regulatory approval, only about 7% of those who might benefit from the treatment currently have one.

Success story: In November 2020, a British man named Tony Howells became the first Parkinson’s patient in the world to receive a Picostim, as part of a trial taking place at North Bristol NHS Trust.

The surgery took just three hours, and more than a year later, Howells’ condition is much improved.

“The impact has been amazing … I can now walk two miles or more, whereas before DBS, I could get about 200 yards then I would have to rest,” he said. “I am back playing golf, not as well as I used to, but that’s probably down to old age catching up; but at least I’m back playing.”

Looking ahead: Up to 25 patients will receive the tiny DBS device as part of the NHS trial, and the success of Howells’ surgery has trial leader Alan Whone optimistic about the future.

“We are delighted with how this first case went in the operating theater and with how the patient’s symptoms have been improved over the last year,” he said. “We are hopeful that if these findings hold-up, we will have a significant technical advance by which to improve Parkinson’s care across the world.” 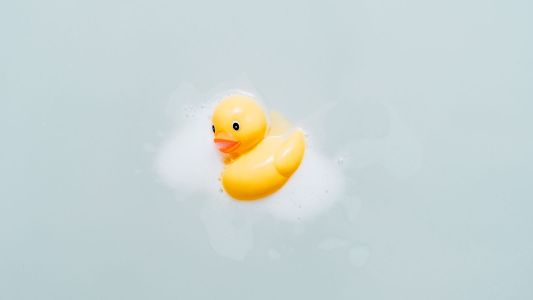 Overwashing is bad for skin health, but many people do it anyway. One reason is that our brains intimately associate stink with disgust.

Biology
We overwash our bodies because bad odors are uniquely disgusting
By Peter Rogers
Subscribe to Freethink for more great stories
Subscription Center
Sections
Video
Freethink
Subscribe
We focus on solutions: the smartest people, the biggest ideas, and the most ground breaking technology shaping our future.
Subscribe