A team of Spanish researchers has found that a drug used for fighting HIV has potential as a Down syndrome treatment, improving cognition in mice with a version of the condition.

Scientists at Barcelona’s Centre for Genomic Regulation (CRG) and the IrsiCaixa AIDS Research Institute focused on a new avenue for Down syndrome treatment, focusing on rogue segments of DNA called “retrotransposons,” which are implicated in the cognitive impairment caused by Down syndrome.

These rogue human genes make copies of themselves and then insert themselves randomly back into the genome — just like some viruses, including HIV.

Spanish researchers has found that a drug used for fighting HIV has potential as a Down syndrome treatment, improving cognition in mice with a version of the condition.

“Both HIV and retrotransposons need the same molecule to make copies of themselves: the reverse transcriptase enzyme,” Bonaventura Clotet, director of IrsiCaixa, said.

And thanks to decades of research on HIV, we have several drugs that block that molecule, called “reverse transcriptase inhibitors.” Previous research found that one of them, called lamivudine, can also interfere with retrotransposons.

“Therefore, we thought that it could be useful to counteract the cognitive impairment associated with Down syndrome,” Clotet said.

What causes Down syndrome? Down syndrome — first described in 1866 by English physician John Langdon Down — is caused by an extra copy of a chromosome.

Chromosomes are like books of genes; humans have 23 of them, and each person typically has two copies of each chromosome, one from each parent.

Some babies, however, have a third copy of the 21st chromosome, which can change how the baby’s body and brain develop. According to the CDC, Down syndrome is the most commonly diagnosed chromosomal condition in the US, occurring in roughly 1 in every 700 infants.

Down syndrome treatment currently relies on psychosocial techniques like cognitive stimulation therapy, but there is currently no drug for the disorder.

The surprise treatment: A possible treatment for Down syndrome’ cognitive impairment may come from an unexpected direction: HIV drugs.

HIV and other retroviruses have a unique step in their replication cycle: they convert their viral RNA back into DNA, and then insert it into the host’s genome.

Retrotransposons are human genes that perform a similar trick, making RNA copies of themselves in the cell, converting them back into DNA, and then jumping back into the genome in new, random places.

These jumps occur more frequently as people age, which may be why people’s cognitive abilities often decline in old age. They may also be the mechanism by which Down syndrome causes cognitive impairment, advanced aging, and Alzheimer’s disease.

“An elevated activity of retrotransposons is increasingly recognized to be implicated in a wide range of neurodegenerative and neurodevelopmental diseases,” the researchers wrote in their study, published in the Journal of Cellular and Molecular Medicine, among them Alzheimer’s disease, frontotemporal dementia, and Down syndrome.

Widely-studied mouse models of Down syndrome and wild-type control mice were randomly assigned to receive either regular water or water with lamivudine in it for four months. Tests of cognitive function occurred before treatment began, one month in, and at the end of the four month period.

The mice who received lamivudine showed improved cognitive function, although it slightly increased the anxiety-like behavior in the wild-type mice.

Next steps: Although far from proving lamivudine is an effective Down syndrome treatment, the study shows promise for further investigation, especially considering there is currently no other drug to treat the condition.

“Our work aims to support people with Down syndrome and their families by providing them more options to live independent lives, particularly those affected by early-stage Alzheimer’s disease,” CRG researcher and study co-author Mara Dierssen said. 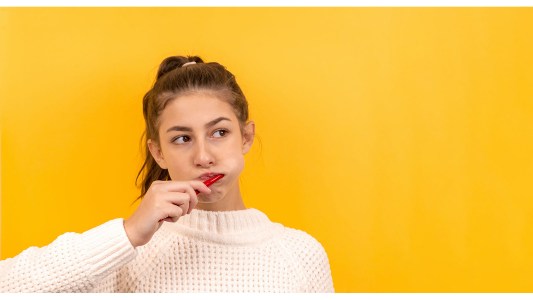 Shapeshifting nanoparticles may one day lead to automated oral care.

Robotics
Nanoparticles may automatically clean your teeth one day
Subscribe to Freethink for more great stories
Subscription Center
Sections
Video
Freethink
Subscribe
We focus on solutions: the smartest people, the biggest ideas, and the most ground breaking technology shaping our future.
Subscribe