An in-development fentanyl “vaccine” that prevents the drug from entering the brain and producing feelings of euphoria could one day help people quit the drug — and avoid relapsing.

The drug: Opioids are highly effective pain relievers, which is why doctors often prescribe them to patients after major injuries or surgeries. The drugs also produce feelings of euphoria, which can lead to misuse and addiction.

The synthetic opioid fentanyl is particularly dangerous — it’s 100 times stronger than morphine, and consuming an amount about as large as two grains of rice can be enough to kill a person, depending on their size and tolerance.

People who use fentanyl or other opioids compulsively or in ways that negatively affect their lives can be diagnosed with opioid use disorder (OUD), and while OUD is treatable with medications, 80% of people with the disorder relapse at least once.

The idea: University of Houston researchers have now spearheaded the development of a fentanyl “vaccine” that triggers the body to produce antibodies that bind to the drug and stop it from crossing into the brain.

According to the researchers, this could one day help people who are trying to overcome OUD avoid relapsing.

The fentanyl vaccine prevents the drug from crossing into the brain.

“[T]he individual will not feel the euphoric effects and can ‘get back on the wagon’ to sobriety,” said lead author Colin Haile.

The fentanyl vaccine appeared to work as hoped in rat tests, triggering the production of antibodies and preventing the drug from reaching the brain, and the researchers plan to start human trials soon.

The cold water: An estimated 3 million people in the US have OUD, and with relapse rates so high, we need more ways to help people with the disorder — but it’s hard to predict just how much this particular fentanyl vaccine would help with preventing relapses.

If someone working to overcome OUD gets the vaccine, they would know that fentanyl isn’t going to make them feel “high,” so in a moment of weakness, they might be more inclined to seek out other drugs.

Moreover, if they relapsed with a different drug laced with the synthetic opioid, the vaccine would presumably lessen the high, but it’s not clear if that would be enough to actually help people get back on the wagon.

An overdose vaccine? It’s understandable that the researchers would want to position their government-funded study as a way to help people overcome OUD — but it’s possible that the vaccine could also be useful as a means of preventing overdoses, whether in relapses or for people actively using drugs.

In 2021, fentanyl was involved in more than 70,000 fatal overdoses in the US, and many victims didn’t even know they were consuming the drug — because it’s so strong and relatively cheap, it’s increasingly being added to other pills and street drugs to make them more powerful.

The way fentanyl kills is by decreasing a user’s oxygen saturation and slowing their heart rate, and in their study, the researchers found that their fentanyl vaccine blocked these effects in vaccinated rats.

“Our vaccine prevents fentanyl overdose in rats, and we anticipate we will have the same effect in humans,” Haile told Freethink.

If he’s right and the effect translates to people, the vaccine could potentially be administered to drug users to prevent surprise fentanyl overdoses — potentially saving the lives of countless people.

Drugs
Meth addiction treatments are finally on the horizon
New antibody and drug therapies may soon help treat meth patients, who currently have no pharmacological interventions.
Up Next 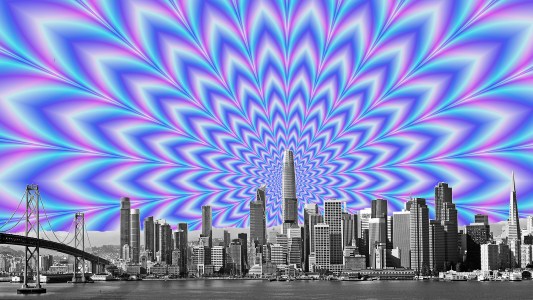