But now, researchers at the National Institutes of Health (NIH) have discovered a protein in mosquitoes that could help doctors treat patients with some of those same diseases — and maybe even COVID-19, too.

The most well-known mosquito-borne disease — malaria — is caused by a parasite. However, several others, including Zika, West Nile, dengue, and yellow fever, are caused by flaviviruses.

One thing all flaviviruses have in common is that they have a protective coating (a “viral envelope”) made from fatty compounds called lipids.

When mosquitos dine on blood, their bodies increase production of a protein called AEG12, which helps them digest red blood cells.

But mosquitoes also make AEG12 when they get infected by flaviviruses. When AEG12 hits a virus, the protein swaps out some of its own lipids for those in the viral envelope, destabilizing the virus’s structure.

“It is as if AEG12 is hungry for the lipids that are in the virus membrane, so it gets rid of some of the lipids it has and exchanges them for the ones it really prefers,” researcher Geoffrey Mueller said in a press release.

“The protein has high affinity for viral lipids and steals them from the virus.”

Because AEG12 strongly inhibits flaviviruses, the researchers suspect it might be useful as part of a treatment in humans, too.

But flaviviruses aren’t the only type of virus with viral envelopes — coronaviruses also have them, and in the lab, AEG12 was able to weakly inhibit those as well.

It is as if AEG12 is hungry for the lipids that are in the virus membrane.

Before the protein could be used against any diseases, though, researchers will need to overcome a big problem caused by its other purpose in mosquitos: blood digestion.

AEG12 helps mosquitoes digest blood by breaking open red blood cells. That’s something we want to avoid in people, so researchers would need to find a way to tweak the protein so it only interferes with viruses and leaves blood cells alone.

If they can do that, mosquitos might shift from being strictly the cause of many life-threatening diseases to being part of the solution for them, too.

Virology
Flu and RSV can fuse into a new kind of virus
In a new discovery, researchers at the University of Glasgow have observed hybrid viruses capable of infecting lung cells in the lab. 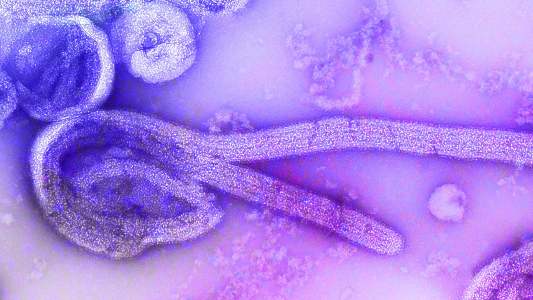 Capable of causing highly lethal disease, Ebola treatment is a public health priority. A new study shows chemo drugs may do just that.