A recently discovered system in the brain that is active during deep sleep could offer a new way to treat brain disorders — and even improve cognition, memory, and mental health for everyone.

But there is no lymphatic tissue in some of our most sensitive tissues — those of the central nervous system (CNS).

Which is a mystery: how is the brain getting rinsed to continue working properly?

“Because it lacks a lymphatic circulation, the brain must clear extracellular proteins by an alternative mechanism,” the authors wrote in their study.

The glymphatic system washes away the “junk” which builds in brain fluid.

Discovering the glymphatic system: Researchers in the lab of neurology professor Maiken Nedergaard at the University of Rochester discovered that mechanism.

As explained by the lab, by injecting fluorescent tracers into the brains of living mice and following them in real time, they discovered a series of channels that “piggyback” on the blood vessel infrastructure of the brain to flush away the junk in brain fluid.

As we age, this process begins to falter, which may contribute to cognitive and memory decline, as well as a host of neurological conditions — Alzheimer’s, Parkinson’s, Huntington’s, ALS, MS — as well as thwarting recovery from traumatic brain injuries and stroke.

And it may be implicated in even more than that.

Now, researchers are trying to reverse this decline. Using electrical stimulation delivered by a wearable device called the AugNOD, they hope to steer the brain into periods of deep sleep, helping the glymphatic system work more effectively.

Not just better sleep: “Many people, after age 30, their deep sleep goes to hell,” Don Tucker told the Post.

“We think that can explain much of the memory decline in older people, and it starts at age 30 — it’s not like you have to get old and decrepit.”

Tucker is a professor emeritus at the University of Oregon and the founder of Brain Electrophysiology Lab, where he aims to move beyond monitoring people’s sleep to actually improving it.

Tucker is behind the AugNod, a device that combines EEG measurements and trans-cranial stimulation — delivering small electrical pulses to the brain from outside the brain — to nudge you into deep sleep, hopefully improving glymphatic system performance.

In a small peer-reviewed study in the journal Sleep Medicine, Tucker and colleagues showed that the electrical pulses can cause deep sleep to last 13% longer.

The hope is that improved glymphatic system performance can help flush the waste products and lead to improvements in cognitive function and memory, as well as potentially helping to treat neurological disorders.

The future of brain health: The Department of Defense has taken notice of AugNOD, funding the first human trial of the device, to be run by the University of Washington, University of North Carolina, Montana State University, and Brain Electrophysiology Lab.

“If this works, it would have major implications for service members and potentially anyone with diagnosed sleep dysfunction,” UNC assistant professor of neurosurgery Dawn Kernagis said in a statement.

But to confirm if any of these benefits exist, better and less invasive ways of observing the glymphatic system are going to have to be developed, perhaps using MRI technology, the researchers wrote in their initial study. 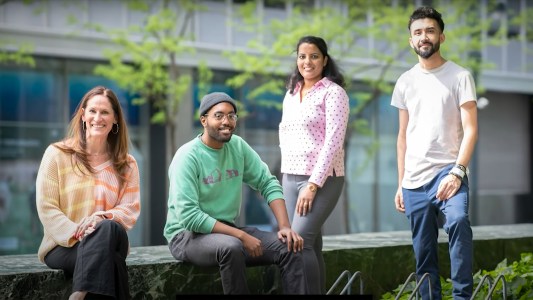 Every participant in a small trial testing a rectal cancer immunotherapy has had their disease go into complete remission.