The FDA has approved the first gene therapy for the rare bleeding disorder hemophilia B — and it costs more than any other drug in the world.

The challenge: Blood contains a protein called “factor IX” that helps it form clots if vessels are cut or otherwise damaged. This minimizes blood loss and internal bleeding following an injury.

People with hemophilia B have a gene defect that prevents them from producing enough factor IX. As a result, even something as relatively benign as a small bump to the head can lead to life-threatening bleeding in the brain.

To avoid such a scenario, people with hemophilia B will get infusions of factor IX every couple of days or weeks, depending on the treatment type. These infusions can be life-saving, but they’re also expensive, costing an average of $274,000 per year in the US.

What’s new? The FDA has now approved Hemgenix, a hemophilia B treatment owned by biotech company CSL Behring. It uses an engineered virus to deliver a gene for producing factor IX into the liver, enabling a person with hemophilia B to make the protein themselves.

In a phase 3 trial evaluated by the FDA, a single injection of the gene therapy was given to 54 men with severe or moderately severe hemophilia B — this classification means their factor IX levels were less than 2%, while the normal range is 50% to 150%.

After the treatment, 98% of trial participants stopped getting regular factor IX infusions.

Six months after receiving the gene therapy, participants’ levels were, on average, 39%, putting them in the category of mild hemophilia. Eighteen months later, levels were still up at 37%, suggesting that the treatment is durable (though exactly how durable isn’t yet known).

These higher levels equated to 54% fewer bleeding events per year compared to baseline, and 98% of participants stopped getting regular factor IX infusions.

“We are thrilled to witness this milestone in hemophilia B treatment,” said Kim Phelan, COO of the nonprofit Coalition for Hemophilia B.

“Over the years we have seen a variety of advancements for the hemophilia community, but gene therapy is the first treatment option to offer those living with hemophilia B — and caregivers — the possibility of freedom from the need for regular, ongoing infusions,” she continued.

The cold water: That freedom won’t come cheap — a dose of CSL Behring’s hemophilia B treatment will cost $3.5 million, making it the most expensive drug in the world.

Still, if the price of infusions doesn’t drop, a person with hemophilia B could expect to spend that much over the course of about 13 years — depending how durable Hemgenix is, $3.5 million could end up being a (relative) deal, especially when quality of life is factored into the equation.

“Anecdotally, what we hear from the gentlemen who have gone through this treatment is they’re really enjoying not having to think about their hemophilia anymore,” trial leader Steven Pipe told Biopharma Dive.

“You’re not doing infusions anymore. You’re not scheduling your life around your prophylactic therapy.” 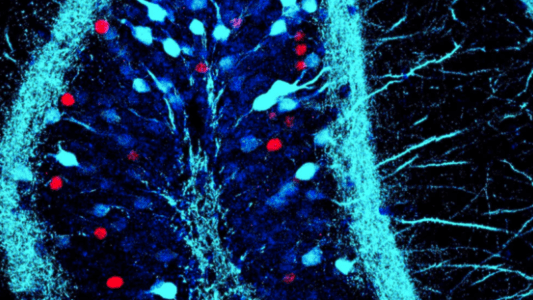 Positive and negative memories are stored in different parts of the brain, raising the possibility of therapeutic memory manipulation.