Researchers at the Cleveland Clinic’s Lerner Research Institute, working in mice, have developed a gene therapy capable of treating Brugada syndrome by fixing irregularities in the heart muscle cells that cause arrhythmias.

While Brugada is itself a rare condition, their new technique could expand the number of diseases that can be treated with gene therapy.

Rather than replacing the mutated gene that causes the condition, which is too big to fit into the little virus carrier, they tried a workaround.

Instead, their therapy boosts a smaller gene for a “chaperone protein,” called MOG1, which is sort of a helper or regulator in the system that’s broken by the Brogada mutation.

By boosting or “upregulating” the chaperone protein, the therapy normalized heart function in the mice, even without being able to fix underlying mutation.

Targeting chaperone proteins could be key to helping not just Brugada syndrome but other diseases using AAV gene therapy. Much like the trunk of your car, the virus only has a finite amount of space to carry genetic information.

While Brugada is itself a rare condition, their new technique could expand the number of diseases that can be treated with gene therapy.

The genetic code needed to directly fix the gene responsible (called NaV1.5) clocks in at 6,048 base pairs, the researchers wrote in their study, published in Science Translational Medicine — flat out too big for the little virus to carry.

But the gene package to boost the chaperone fit easily, and the workaround was even effective when it was tested against a different underlying mutation that causes Brugada.

While still years from the clinic, the study can serve not just as a pilot for Brugada syndrome treatment, but using smaller helper proteins to circumvent the size limitation for future gene therapies.

“Using a small chaperone protein may have broad implications for targeting disease-causing genes exceeding the size capacity of AAV vectors,” the researchers wrote. 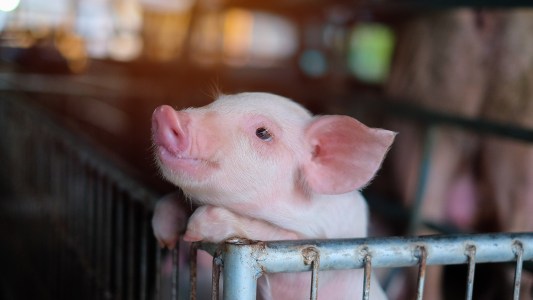 A robot that automates a common technique for animal cloning has been used to produce a litter of pigs in China.