The FDA has given Excision BioTherapeutics the green light to begin human trials of a CRISPR-based HIV treatment — possibly a cure — that’s administered in just one IV infusion.

“Our strategy from the get-go was to make it easy to be given, not just in well-equipped labs,” Excision co-founder Kamel Khalili told the Philadelphia Inquirer. “If this works, it could be taken anywhere.”

The challenge: Today, people with HIV can expect to live as long as uninfected people if they commit to antiretroviral therapy (ART), a combination of drugs that must be taken daily, soon after diagnosis — but the drugs have their drawbacks.

“Although antiviral treatments can manage HIV infection, they require life-long treatment, cause side effects, and do not provide the possibility of a functional cure,” Excision CEO Daniel Dornbusch said in a press release.

“If this works, it could be taken anywhere.”

Rarest cure: So far, only three people have had their HIV functionally cured (meaning nearly all of the virus is eliminated and what’s left is incapable of causing illness). They each had bone-marrow transplants to treat cancer, and the marrow was from donors whose genes made them resistant to HIV.

But not only has this approach failed to functionally cure other people with HIV, it’s also not a viable HIV treatment option for most people.

“If you’re well, the risk of having a bone-marrow transplant is far greater than the risk of staying on tablets every day,” Graham Cooke, a clinical researcher at Imperial College London, told Nature in 2019.

The HIV treatment: Excision’s HIV treatment, EBT-101, uses CRISPR to hunt down HIV DNA that is lurking in human cells and cut it in three places.

“If you just make a single cut, the virus can mutate around it. We make multiple cuts to deactivate the viral genome,” Dornbusch told Fierce Biotech.

EBT-10 has already worked, to some extent, in human cells, mouse models, and non-human primates infected with SIV (the simian version of HIV). Now that the FDA has given its blessing, Excision can test the HIV treatment in humans, with a safety trial expected to launch before the end of 2021.

The right number: EBT-10 can eliminate HIV from a host’s cells, but the amount of virus removed varies — two-thirds of the mice were still somewhat infected, and in some of the primates, more than 60% of the HIV DNA remained after treatment.

However, as researcher Tricia Burdo told the Philadelphia Inquirer, 100% clearance might not be necessary: “That’s the question in the [research] field: Do we need to completely eliminate every viral copy to achieve the cure? We don’t know yet.”

If EBT-10 can functionally cure HIV, its delivery via a single intravenous infusion could make it easier to distribute than a lifetime of  ART therapy, especially in some of the places where HIV is most prevalent, such as sub-Saharan Africa. 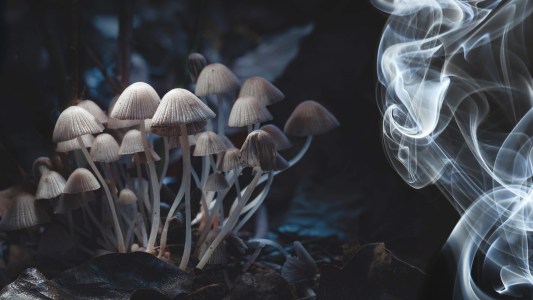 For the first time in decades, the National Institutes of Health is funding a clinical psychedelic study, perhaps a turning point for the field.

Mental Health
Johns Hopkins receives the first NIH grant for clinical psychedelic research in half a century
By B. David Zarley
Subscribe to Freethink for more great stories
Subscription Center
Sections
Video
Freethink
Subscribe
We focus on solutions: the smartest people, the biggest ideas, and the most ground breaking technology shaping our future.
Subscribe