The National Institutes of Health (NIH) has awarded a roughly $4 million dollar research grant to Johns Hopkins to study the potential therapeutic effects of psilocybin on tobacco addiction.

According to the university, Hopkins’ grant is the first federal grant given in over 50 years for directly exploring the use of a classic psychedelic for therapeutic purposes.

“The historical importance of this grant is monumental,” principal investigator Matthew Johnson said.

The research renaissance: After decades in the shadows, academic interest in using psychedelics to treat a number of mental health disorders has accelerated; it’s like Western science has finally tuned in, man. The compounds have been used in Indigenous rituals and ceremonies for centuries.

Multiple studies across multiple labs, as well as a chorus of anecdotal experiences, shows that these drugs have promising therapeutic potential for numerous mental health disorders. Psilocybin and ketamine have had dramatic impacts in treating depression — ketamine especially so — while MDMA outperforms traditional treatments for PTSD.

As psychedelic-assisted therapy becomes more mainstream, with ketamine infusion clinics opening and laws loosening, the field will require continued support as it tackles the crucial — and costly — transition from studies and labs to clinics and the patients who need help.

Multiple studies across multiple labs, as well as a chorus of anecdotal experiences, show that psychedelics have promising therapeutic potential for numerous mental health disorders.

To do so requires studies examining psychedelic-assisted therapy in clinical settings, which aren’t cheap.

After all, a renaissance requires patrons.

A lack of federal funding: Unfortunately, those patrons have not included the NIH.

In a paper published in the International Journal of Drug Policy, researchers from the Cleveland Clinic and Middlebury College found that most of the renaissance — here defined as starting in 2006 — has been predominantly privately funded, with governments in the UK, Australia, Canada, New Zealand, and Israel also chipping in.

But when it comes to medical research, the NIH is in a different weight class.

“Given that the United States National Institutes of Health (NIH) is the largest public funder of biomedical research in the world, it is important to understand the degree to which the organization is supporting clinical trials of psychedelic-assisted therapies,” the researchers wrote.

They cited (perhaps overblown) concerns over the risks of psychedelic drugs, federal laws prohibiting the promotion of Schedule 1 drugs, and a what appears to be a priority for funding different kinds of research into psychedelics — mainly about their abuse potential and basic pharmacology— as reason why the NIH may have not funded any therapeutic clinical trials in almost a decade.

The NIH’s grant to Johns Hopkins perhaps marks a turning point in the powerful body’s support for clinical use of psychedelics.

It is “great news for the field,” Stanford psychedelic researcher Boris Heifets told me via email.

What the NIH is funding: Hopkins began studying psilocybin’s potential to help smokers quit years ago. In 2014, the university announced that a small group of smokers who had failed to quit multiple times were finally able to do so with the help of psilocybin therapy.

“Quitting smoking isn’t a simple biological reaction to psilocybin, as with other medications that directly affect nicotine receptors,” Johnson, who initiated the pilot study, said at the time. “When administered after careful preparation and in a therapeutic context, psilocybin can lead to deep reflection about one’s life and spark motivation to change.”

And that motivation may be what helped them finally kick the habit.

“The historical importance of this grant is monumental.”

The new, three year study will be done in collaboration with NYU and the University of Alabama at Birmingham. Simultaneous studies at all three sites will hopefully provide the researchers with a larger, more diverse pool of smokers, getting us better insights into the therapy’s potential.

“We knew it was only a matter of time before the NIH would fund this work because the data are so compelling, and because this work has demonstrated to be safe,” Johnson said. 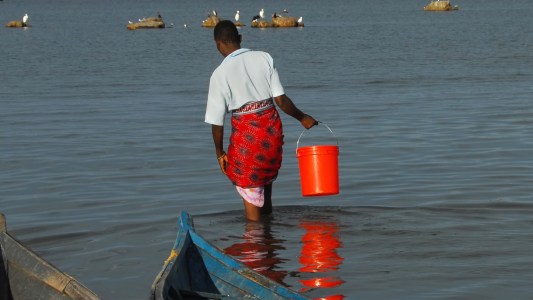