Honing their abilities for millions of years, herpesviruses are the Wolverine of human viruses: the best there is at what it does.

Nearly universal in humans in at least one of its varieties, it is almost a certainty that some variety of herpesvirus is lurking inside you right now, slumbering in your cells.

The laundry list of maladies they cause — chickenpox, cold sores, genital herpes, mononucleosis, shingles, infant rashes — don’t only occur during the initial infection, but also when they reawaken and begin replicating again.

Then, damage done, they slip back into hiding inside your neurons, out of reach of the immune system, and wait to mysteriously reemerge again.

Researchers from Germany’s Julius-Maximilians-Universität Würzburg believe they have identified how one kind of herpesvirus wakes itself up again, using a tiny piece of viral RNA called a microRNA to reactivate itself and smother the counteracting immune response.

The work not only takes a step closer to understand how herpes wakes up, but may also provide us new ways to treat it — perhaps by using artificial microRNAs to fight back against the viruses

Full of tricks: After herpes infects a person, it hides out in the cells of your nervous system. (Uniquely, the virus does this by stealing a little molecular “engine” from your own cells to break into neurons.)

Because of this hiding ability, herpesvirus can be constrained, but never eliminated. It may reawaken and cause symptoms like cold sores or shingles, before the immune system and/or antivirals drive it back into hiding.

But how exactly it wakes up has remained an open question — and so there is no known way to prevent it.

“How herpesviruses reactivate from a dormant state is the central question in herpesvirus research,” JMU virologist Lars Dölken said in a statement. “If we understand this, we know how to intervene therapeutically.”

“How herpesviruses reactivate from a dormant state is the central question in herpesvirus research.”

A little key: For their study, published in Nature, the researchers looked at human herpesvirus 6A (HHV-6A).

HHV-6A’s sibling, HHV-6B, is present in nearly 100% of people, causing a mild but very contagious childhood rash called roseola. While less is known about the prevalence of HHV-6A, small studies suggest it is present around half of adults.

HHV-6A’s reawakening has been tied to impaired heart function, organ rejection, and possibly diseases of the nervous system, according to JMU. (There is even some evidence that HHV-6 and HHV-7 reawakening in the brain may contribute to Alzheimer’s.)

The researchers found that HHV-6A wakes up using microRNA (miRNA). Herpesviruses use miRNAs to reprogram the cells they infect, turning them to their own uses.

This particular virus wakes up and begins replicating again using one miRNA in particular, called miR-aU14, as the trigger.

The virus makes the miRNA itself, and as soon as it is released into the cell, it begins to mess with our own microRNA. This makes the cell’s mitochondria split into lots of little organelles. With their mitochondria compromised, the cells stop producing important chemical signals, called type 1 interferons, which work like an alarm telling the immune system that a virus has invaded.

With the cell’s distress signals shut down, the virus can go from “latent to lytic” — or, as I call it, “cell-chilling to cell-killing” — and replicate like crazy without the immune system stopping it.

The researchers believe that targeting this miRNA may provide new ways to treat herpesvirus, like preventing it from ever awakening again — perhaps similar to how antiretroviral therapy holds down HIV — or waking it up on purpose, flushing it into the open for the immune system to attack it.

But to do that, they will need to better understand how that same miRNA serves as the trigger for the virus to wake up — which remains a mystery. 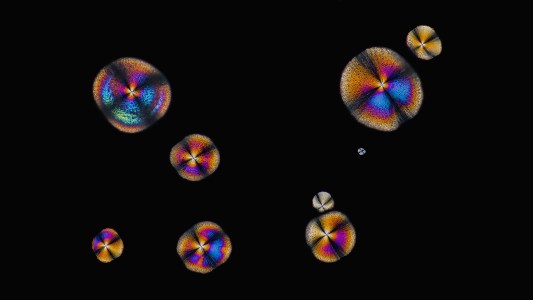 A study of nearly 6,000 stroke patient genomes suggests a treatment idea abandoned for decades should get a second look.

Brain
Genes from over 5,000 stroke patients hint at surprising treatment
Subscribe to Freethink for more great stories
Subscription Center
Sections
Video
Freethink
Subscribe
We focus on solutions: the smartest people, the biggest ideas, and the most ground breaking technology shaping our future.
Subscribe