Northwestern University has launched a new longevity research center where scientists will study everything from HIV to the genes of Amish people in the hope of finding ways to help us all live longer, healthier lives.

A 90-year-old man who runs marathons and remembers his fourth grade teacher, for example, likely has a biological age much lower than his chronological one.

“We want to make it possible to live healthily for a longer period of time, not just live longer.”

Longevity research: Scientists know a bit about what affects biological age (diet, lifestyle, genetics, etc.), but the goal of longevity research is to learn how to precisely measure and control it.

“The biological processes that drive aging may be malleable,” Douglas Vaughan, director of Northwestern’s new Potocsnak Longevity Institute, said in a press release. “We think we can slow that process down, delay it, even theoretically reverse it.”

“We want to make it possible to live healthily for a longer period of time, not just live longer,” he added.

The institute: Northwestern plans to break the new institute into several centers, each of which will focus on a different aspect of longevity research.

One of those centers will take a closer look at the link between aging and HIV.

“Patients that have chronic HIV infections live much longer than they did 30 years ago, but they are prone to something that looks like accelerated aging that is a really interesting model for understanding aging broadly,” Vaughn said.

The institute will also include a “Human Longevity Laboratory” where researchers will be able to study people’s physical abilities — grip strength, walking speed, etc — as well as their biology to home in on (and potentially impact) their biological age.

“We will design therapeutic and interventional clinical trials to study important aspects of aging in order to identify ways to extend the healthspan and delay or prevent harmful aging processes,” Frank Palella, the institute’s associate director, said.

Vaughn previously discovered that certain Amish people have a genetic variant that appears to slow their biological aging by decreasing production of a certain protein (PAI-1), so that will be another research area.

The Center for Nanoscience and Aging, meanwhile, will look for ways to use tiny tech to measure and combat biological aging.

The big picture: Northwestern is far from the only place where longevity research is being made a priority — scientists at countless universities, startups, and government organizations are increasingly focused on aging and ways to combat it.

“In the last 25 years, aging has moved to the forefront of science,” David Sinclair, a founding member of the Academy for Health and Lifespan Research, declared to the Harvard Gazette in 2019. “It’s actually rare to open a leading scientific journal and not see a new breakthrough in our understanding of the aging process.”

If longevity researchers can translate those breakthroughs into anti-aging therapeutics that work in people, it’ll change the world.

“Our goal is, ultimately, to prolong the period of time during which individuals can enjoy optimal physical and cognitive functioning, independence and a full life,” Palella said. “The possibilities are staggering.”

Aging
Jeff Bezos is looking to defy death – this is what we know about the science of aging
Will Bezos’s company succeed in extending the human lifespan? Maybe. But we can all benefit from studying aging. 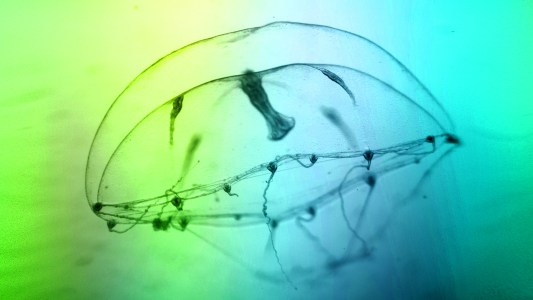 The jellyfish nervous system, revealed by glowing genes, may help unlock the secrets of how our own brain evolved.

Animals
What the ancient, alien jellyfish can tell us about the human brain
Subscribe to Freethink for more great stories
Subscription Center
Challenges
Video
Freethink
Subscribe
We focus on solutions: the smartest people, the biggest ideas, and the most ground breaking technology shaping our future.
Subscribe