The World Health Organization (WHO) has officially recommended the widespread use of a malaria vaccine for the first time.

“As some of you may know, I started my career as a malaria researcher, and I longed for the day that we would have an effective vaccine against this ancient and terrible disease,” Director-General Tedros Adhanom Ghebreyesus said. “Today is that day, an historic day.”

The challenge: Malaria is a serious parasitic disease spread by mosquitoes. Although eradicated in the U.S. and many other countries, it’s a major threat to people in other parts of the world, claiming more than 400,000 lives every year, and about half of the deaths are children under the age of five.

One child’s life will be saved for every 230 who are vaccinated.

Malaria is treatable, but because the disease is spread by mosquitoes and immunity does not last, survivors are often and rapidly reinfected. In some parts of Africa, children average six malaria episodes per year. This can take a toll on their immune systems, leaving them vulnerable to other illnesses.

An effective malaria vaccine would be a game changer in the fight against the disease, but developing one has been difficult. We don’t fully understand how the immune system responds to malaria, and no one has figured out how to vaccinate against any parasite yet.

The malaria vaccine: In the late 1980s, scientists working for what is now GlaxoSmithKline (GSK) started developing a malaria vaccine called Mosquirix (RTS,S/AS01). This vaccine is delivered in four separate doses, each administered when a child is under the age of two.

In July 2015, European regulators analyzed trial results of the vaccine for the WHO and issued a “positive opinion” on it, saying it could be used in young children in places with high incidence of malaria.

The WHO then launched a pilot program of the malaria vaccine in three African nations (Ghana, Kenya, and Malawi). That program is ongoing, but after immunizing more than 800,000 children, the WHO believes it’s collected enough data to officially recommend the shot.

The big picture: In the pilot, GSK’s malaria vaccine reduced the risk of contracting malaria by 40% and of developing severe malaria by 30%. In clinical trials, protection waned to almost zero within four years, so boosters will be needed.

This protection might not seem like much, especially compared to Oxford’s in-development malaria vaccine, which recently demonstrated up to 77% risk reduction.

But because malaria is so ubiquitous — hundreds of millions of people are infected each year — even modest effectiveness will save lives. As Ashley Birkett, head of the PATH nonprofit’s Malaria Vaccine Initiative, told the Wall Street Journal, GSK’s shot is effective enough that one child’s life will be saved for every 230 who are vaccinated.

“As a stopgap for now, [Mosquirix] is terrific. What it mustn’t do is … kill development of other vaccines.”

Additionally, GSK’s vaccine has proven safe, easy to distribute, and cost-effective in a large real-world trial. Other in-the-works malaria vaccines, including Oxford’s, are at least five years behind it in development — and there’s no reason to hold back a good shot while waiting for a potentially great one.

“As a stopgap for now, [Mosquirix] is terrific,” Jake Baum, co-director of Imperial College London’s Institute of Infection, told the WSJ. “What it mustn’t do is kill innovation and kill development of other vaccines.” 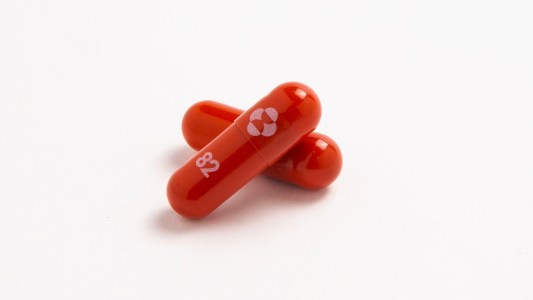 A pill to treat COVID-19 that cut hospitalizations and deaths in half could become the first oral medication against the disease.

Coronavirus
Pill to treat COVID-19 cuts risk of hospitalization or death in half
By Kristin Houser
Subscribe to Freethink for more great stories
Subscription Center
Sections
Video
Freethink
Subscribe
We focus on solutions: the smartest people, the biggest ideas, and the most ground breaking technology shaping our future.
Subscribe