A six-couple pilot study evaluating MDMA-assisted couples therapy for PTSD has found that adding the drug was as effective or better than traditional therapy, New Atlas reports.

Studies have shown MDMA can have an impressive impact on intractable PTSD. The drug’s ability to allow thoughts to flow, while elevating mood and wrapping the brain in a warm, fuzzy blanket, may allow people to revisit traumatic memories with less emotional distress.

“Nothing in psychiatry, even in uncontrolled small trials, has come close,” Boris Heifets, assistant professor of anesthesiology, perioperative, and pain medicine at Stanford, told me for Dope Science’s MDMA Drug Guide. “Even taking into account that these are well-screened patients, and it’s very difficult to placebo control these trials.”

This therapy regimen is specifically designed for couples therapy where one partner has PTSD, and it “has been shown to improve PTSD, relationship adjustment, and the health and well-being of partners,” the study authors wrote in the European Journal of Psychotraumatology (which, yes, does sound like the name of a horror-core hip hop record).

The small-scale experiment aimed to see if these two therapies could work well in concert with one another.

Six couples across a spectrum of dissatisfaction, with one partner having a previous PTSD diagnosis, were enrolled in a 15-session couples therapy program over seven weeks.

Two of those sessions involved both partners taking MDMA, and all couples completed the seven-week course with no reported adverse events, the authors wrote.

“PTSD in one partner can cause distress in the relationship and barriers to understanding each other,” Candace Monson, corresponding author and professor of psychology at Toronto’s Ryerson University, told New Atlas.

“It seems that MDMA-assisted psychotherapy can engender empathy and connection, opening a pathway to remembering why came together in the first place and a desire to understand the other.”

Enhancing interpersonal relationships with drugs — better loving through chemistry — is not a new concept; New Atlas notes that researchers had been giving it a whirl until MDMA’s classification as a Schedule 1 drug in 1985.

Since then, organizations like MAPS — the Multidisciplinary Association for Psychedelic Studies, considered a spearhead of the MDMA-for-PTSD movement — and academic researchers have helped push MDMA-assisted therapy back into the realm of science and possibility.

Oxford bioethicist Brian D. Earp, co-author of Love Drugs, told me about the possibilities of enhancing couples therapy with MDMA when we spoke this past spring about love-enhancing drugs.

“They can actually work through what are the implications of PTSD for the relationship,” Earp said.

While the study found that MDMA-CBCT couples therapy led, in some cases, to greater improvements than in some using MDMA alone, the sample is far too small to draw any conclusions, New Atlas points out.

The study was also uncontrolled, meaning there were no couples receiving either just MDMA or CBCT to compare the results to; the researchers plan to do controlled studies next.

“Since the backlash against psychedelics in the ’60s, there has been a lot of misinformation and fear surrounding these substances,” study author Anne Wagner, an adjunct professor in the psychology department at Ryerson, said in an interview with the university.

“It’s been a long, slow process but thanks to the excellent work by MAPS and other researchers over the last few decades, we have seen that psychedelics such as psilocybin and MDMA are extremely useful tools for treating end-of-life anxiety, depression and PTSD, as well as fostering personal exploration and growth.” 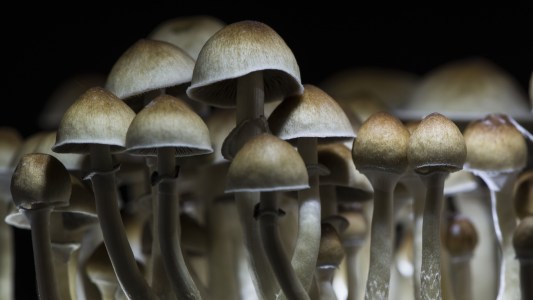 Microdosing mushrooms — taking doses of psilocybin too small to cause a trip to enhance daily life — is gaining momentum. But does science support it?