Oh man, this keyboard is so nice right now … it gives a satisfying little click every time it’s pressed, a little bit of haptic feedback that can really brighten your correspondent’s mood when the words are flowing easy and those clicks begin to blend into a fine hymn, like a brook through stones.

Why open with such small pleasures, you ask? Just sitting here thinking about MDMA and MDMA effects, of course! Famous for its pleasure-enhancing abilities — less so the racing thoughts and hammering heart — MDMA is slowly making its way from the clubs to the labs. What is this party drug doing in the sober halls of serious science?

The Drug Guide is here to unpack it for you.

MDMA is a catchy acronym for a chemical called — deep breath — 3-4 methylenedioxymethamphetamine. As the name suggests, it’s a synthetic amphetamine derivative.

MDMA was first synthesized in Germany in 1912 (long before the techno that started pounding in your head when you saw “Germany” and “MDMA” together in a sentence).

“It has some chemical structure relationships to amphetamine and methamphetamine and mescaline,” says Boris Heifets, assistant professor of anesthesiology, perioperative, and pain medicine at the Stanford University Medical Center.

It’s a pure form of the main active ingredient in the street drug ecstasy, where it is often combined with its cousin meth, or cocaine and other drugs. Because it’s so variable and inconsistently formulated, researchers don’t study ecstasy for medicinal benefits — only pure, carefully dosed MDMA makes it into the lab and clinical trials.

MDMA effects are state and situation dependent. Some of the more common MDMA effects include enhanced pleasure, a deep sense of emotional wellbeing, and, well, ecstasy. Emotional perception is heightened, and touch and sound take on new dimensions.

The lion’s share of therapeutic MDMA research is in treating PTSD that has not been mitigated by other means.

“Almost entirely,” Heifets says of the PTSD focus, though “there’s some very preliminary work looking at it for alcohol use disorder.” MDMA’s effects may help mitigate social anxiety, as well, but jury’s out on that one.

MDMA therapy may be effective at treating PTSD because of its unique combination of mood elevating and thought promoting effects. Basically, it may help you to work through bad things without feeling so bad. And the results thus far are very promising.

“Nothing in psychiatry, even in uncontrolled small trials, has come close,” he says. “Even taking into account that these are well-screened patients, and it’s very difficult to placebo control these trials.”

MDMA may help you to work through bad things without feeling so bad.

Often, everything else has failed these patients, Heifets comments. Multiple studies in multiple centers now show — along with a wealth of anecdotal reports from Heifet and the pioneering psychiatrists of the 1970s — that MDMA therapy can have a positive impact on psychological trauma.

Just like with LSD, a major hurdle for MDMA therapy will be understanding its mechanisms of action. We have a decent understanding of which receptors MDMA binds to, Heifets says. The missing part is how the drug activating or blocking those receptors leads to the MDMA effects we experience.

“That really is the big question, just in neuroscience, and it extends well beyond MDMA,” Heifets says.

Heifets thinks we have a strong research foundation with MDMA, but more work needs to be done.

“It’s not an endpoint,” Heifets says of MDMA therapy. “For me and other researchers in the field, it’s more of a starting point. It’s imperfect, it has abuse potential, it has a lot of other effects that may not scale well when you try to move it out to the millions of people that might benefit.

“That’s really the point of doing this kind of (basic) research.” 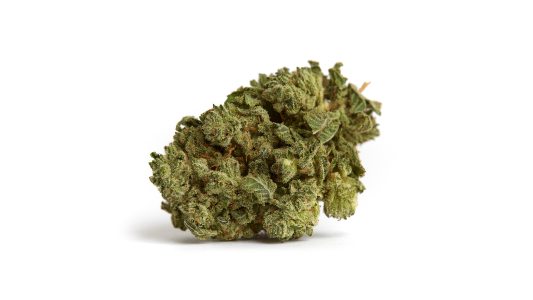 Medical cannabis is everywhere. We’re answering your basic questions and unpacking the promises and pitfalls, based on the latest research.