In what they have dubbed a first-of-its-kind study, researchers at the U.K.’s University of Southampton and NIHR Southampton Biomedical Research Centre have found that introducing “friendly” bacteria into the nose can protect against meningitis.

The bacterial form of meningitis can be caused by Neisseria meningitidis, a nasty bug that resembles a cartoon butt. But when the bug’s close relative, Neisseria lactamica, is present in the nose, the benign bacteria can outcompete its virulent kin — potentially preventing meningitis.

“This work has shown that it is possible to protect people from severe diseases by using nose drops containing genetically modified friendly bacteria,” Robert Read, director of the NIHR Southampton Biomedical Research Centre, said in a release.

What is meningitis? Meningitis is a potentially lethal disease characterized by inflammation of the protective membranes of the brain and spinal cord — two pretty important parts of your body. Any number of pathogens can cause meningitis, including viruses, fungi, and bacteria — but N. meningitidis is the primary culprit.

The bacteria causes a variety of diseases, known as meningococcal diseases, including meningitis. According to the CDC, meningococcal meningitis symptoms can include sudden fever, headache, stiffness in the neck, sensitivity to light, nausea/vomiting, and confusion.

While the disease is treatable, time is of the essence; left untreated, meningococcal meningitis can be lethal in 50% of cases, and death can come in as little as four hours.

Bacteria vs. bacteria: Not to freak you out, but N. meningitidis miiiiight be living in the back of your nose or throat right this very second. According to the researchers, about 10% of adults naturally harbor the bacteria, without any adverse effects.

But N. meningitidis is just one of many microbes that can make its home on or inside you, including its nicer relative N. lactamica. This fellow doesn’t cause any trouble, however, and in fact can be beneficial: since it occupies the same places its meningitis-causing kin does, it can essentially block the other bacterium out.

In their new study, published in Science Translational Medicine, they looked to enhance that blocking ability. The researchers genetically modified N. lactamica and gave it the same trick its brutal cousin has: a special sticky protein that helps the bacteria adhere to the cells lining the nose.

So equipped, the harmless bacteria induced a stronger immune system response and stayed in the nose longer. The researchers reported that human volunteers carried the beneficial bacteria for at least 28 days, and 86% still carried it after 90 days, with no adverse effects.

This new method harnesses both N. lactamica’s natural ability to outcompete its relative and sparks the immune system as well.

“The controlled infection was safe, and there was no transmission to adult bedroom sharers during the 90-day period,” the researchers reported.

Beyond meningitis: The researchers believe that their bacteria-based vaccine has potential beyond preventing just bacterial meningitis.

The bacteria could be modified to express any number of antigens, from any number of pathogens, and then stick around to build up immunity in the nose and throat — called mucosal immunity.

“This work has shown that it is possible to protect people from severe diseases by using nose drops containing genetically modified friendly bacteria,” Read said. 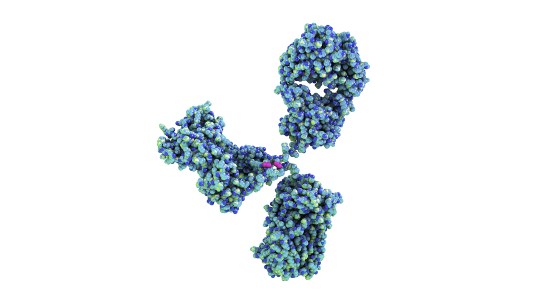 Researchers have discovered antibodies that neutralize a variety of norovirus strains, a possible step toward an effective norovirus vaccine.

Virology
New antibodies may lead to a norovirus vaccine
By B. David Zarley
Subscribe to Freethink for more great stories
Subscription Center
Sections
Video
Freethink
Subscribe
We focus on solutions: the smartest people, the biggest ideas, and the most ground breaking technology shaping our future.
Subscribe