New analysis by the UK Health Security Agency (UKHSA) suggests that one dose of a monkeypox vaccine provides a high level of protection.

The research reviewed monkeypox case and vaccine uptake data from July 4 through November 3, 2022, to estimate the vaccine’s effectiveness among the gay, bisexual and men who have sex with men cohort that was eligible for vaccination in the UK.

New analysis by the UK Health Security Agency (UKHSA) suggests that one dose of Bavarian Nordic’s monkeypox vaccine is 78% effective at preventing infection.

The analysis found one shot to be around 78% effective at preventing infection 14 days after administration. Given that monkeypox vaccine supplies have been in short supply, delaying or skipping the second dose could effectively double the number of people who are able to be protected.

“We now know that a single vaccine dose provides strong protection against monkeypox, which shows just how important vaccination is to protect yourself and others,” UKHAS consultant epidemiologist Jamie Lopez-Bernal said.

A surprising outbreak: A global outbreak of monkeypox cases, far from its endemic home of Central and West Africa, thrust the virus onto the world stage in early May 2022.

In the months since, there have been 80,363 recorded cases around the world, primarily among gay, bisexual, and other men who have sex with men — although it is important to note that the virus could spread to anyone via close contact; it does not care to discriminate.

Smallpox relative: The monkeypox virus is a close relative to smallpox, a brutal blight whose public health toll is difficult to fathom — a disease so destructive it was deified.

In perhaps the greatest public health triumph in human history, smallpox was run down and eliminated by a global vaccination campaign — the only human virus to be wiped from the Earth, save for a few samples in the US and Russia.

Because of the massive risk smallpox would pose to an immune naive population, vaccines against the virus are still made and stockpiled; the UK analysis looked at the efficacy of one of those vaccines, made by Bavarian Nordic.

The analysis: Sold in the US as Jynneos, the vaccine was the first to also be approved for monkeypox. It utilizes a weakened relative of smallpox, vaccinia virus, to spark an immune response.

The vaccine is intended to be given in two doses, 28 days apart.

The numbers imply an estimated 78% protection against infection in the cohort after one shot — an assessment in line with a CDC report from September.

As STAT reported, however, the data is preliminary and comes with caveats.

The UKHSA will continue to evaluate the duration of protection, both from a single dose and the full two-dose course.

The behavior of vaccinated individuals — who may have been more likely to take other precautions as well, like reducing the number of sexual partners — may artificially inflate the apparent effect of the vaccine.

Researchers at the Netherlands’ Erasmus Medical Center had also previously found that even two doses of Jynneos’ vaccine produced relatively low levels of neutralizing antibodies — as always when dealing with immunology, it’s complicated.

The UKHSA will continue to evaluate the duration of protection, both from a single dose and the full two-dose course. 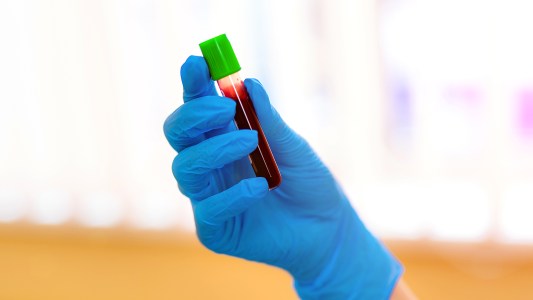 The FDA has approved biotech company CSL Behring’s Hemgenix, a hemophilia B treatment that costs $3.5 million per dose.