Early detection of cancers gives you your best possible chance of beating them; you cannot fight what you don’t know is there, and early treatment is tied to said treatment’s success.

To that end, researchers have been developing numerous ways to find cancers sooner, including blood tests that non-invasively search for signs of malignancy. These “liquid biopsies” are often centered around free-floating cancer DNA.

California-based biotech Grail has announced promising results for another trial of their blood test Galleri, which looks for cancer DNA markers from over 50 types of cancer.

The single-arm study, called PATHFINDER, detected signs of cancer — including early stage cancers and those not commonly screened for — with a false positive rate much lower than other common screening tests.

Early detection of cancers gives you your best possible chance of beating them; you cannot fight what you don’t know is there, and early treatment is tied to said treatment’s success.

“Every year, we lose more than 600,000 loved ones to cancer in the U.S. alone,” Grail president Josh Offman said. “Unfortunately, the burden of cancer will grow with the demographic tidal wave, as the absolute risk of developing any cancer increases as we get older.”

While early detection can ensure more people swept up in that wave survive it, the current method of using multiple tests with 5-10% false positive rates is not a clinically, or economically, feasible way to do so, Offman said.

The study: PATHFINDER evaluated blood test cancer screening in 6,662 patients over 50. The patients initially received an earlier version of the Galleri test; the samples were screened again later by a refined version after study completion.

PATHFINDER’s primary goals were to figure out how long it took to go from Galleri to an official, clinically-defined diagnosis, with the test’s performance on correctly identifying cancers and the accuracy of where the cancer signals came from as secondary measures.

Each patient was followed for 12 months after enrollment; if their initial Galleri result was negative but they developed cancer during the 12-month window, their test was marked as a false negative.

Galleri identified possible cancers in 92 patients, with solid tumor and blood cancers confirmed in 35 patients, the Guardian reported. In one female patient, the test caught two cancers — both breast and endometrial tumors. Of the 36 cancers detected, 14 were early stage and 26 were not commonly looked for.

“I think what’s exciting about this new paradigm and concept is that many of these were cancers for which we do not have any standard screening,” researcher Deb Schrag told the European Society for Medical Oncology’s Paris meeting, where PATHFINDER’s results were presented, the Guardian reported.

Importantly, the test had a very low false positive rate, with 99.1% of the negative tests bearing out in the initial version of the test, which improved to 99.5% with the update. In both versions, the test’s false positive rate was less than 1%, much better than other early detection methods.

Not only does this avoid the stress and fear of false alarms — and avoid overloading the healthcare system with repeated followup procedures — it means that a positive result is much more likely to actually signal cancer: 38% of people with positive results were confirmed to have cancer, significantly better than other screening tests.

The blood test’s ability to also predict where the cancer was also helped to speed up diagnosis confirmation.

“The signal of origin was very helpful in directing the type of work-up,” the Guardian reported Schrag sayin. “When the blood test was positive, it typically took under three months to get the work-ups completed.”

The blood test caught dozens of cancers with a low false positive rate.

Next steps: Although promising, Schrag noted that the test was not quite yet ready for prime time. Grail and the UK’s National Health Service are working on a much larger study, having hit their enrollment goal of 140,000 healthy volunteers aged 50-77.

That trial will be randomized and clinically controlled, Grail says, and aims to figure out if Galleri, when used in combination with traditional screening methods, can ferret out cancers at an earlier stage than they currently are. The study should have initial results in 2023. 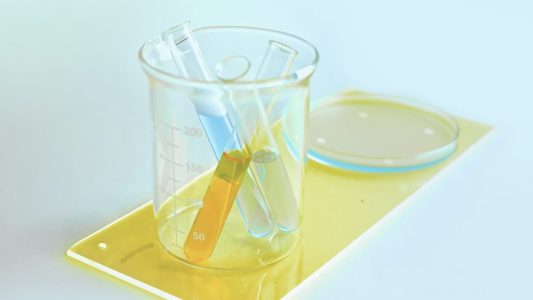 A new multibillion-dollar federal agency was created with a goal of supporting “the next generation of moonshots for health.”

Medicine
ARPA-H: High-risk, high-reward health research is the mandate of new, billion-dollar US agency
By Tong Sun
Subscribe to Freethink for more great stories
Subscription Center
Sections
Video
Freethink
Subscribe
We focus on solutions: the smartest people, the biggest ideas, and the most ground breaking technology shaping our future.
Subscribe