A woman who was bedridden for 18 months because she fainted every time she stood up is now walking long distances again, thanks to a spinal cord stimulator.

Her doctors at Switzerland’s NeuroRestore research center have published a case study on her successful treatment in the New England Journal of Medicine.

The challenge: The patient in the study has had a rare neurodegenerative disease called “multiple system atrophy-parkinsonian type” (MSA-P) since 2017.

Orthostatic hypotension can cause a person to feel ill or even to faint every time they stand up.

This disease affects several parts of the nervous system and can lead to the loss of the neurons that regulate blood pressure. As a result, patients with MSA-P can experience sudden drops in blood pressure when they stand up.

This is called “orthostatic hypotension,” and it can cause a person to feel ill or even to faint. To avoid passing out, falling, and hurting themselves, people who experience this issue remain reclined as much as possible, severely reducing their quality of life.

A new use: Prior to this case study, researchers at NeuroRestore had developed a spinal implant to stimulate nerves related to movement in people with paralysis. After receiving the implant, three men with spinal cord injuries were once again able to stand, walk, and even cycle.

The researchers suspected that the spinal cord stimulator could also help the patient with MSA-P if it triggered the nerves that tell the arteries in her lower body to constrict whenever she stood up. This would prevent the sudden drop in blood pressure that causes her to faint.

After the spinal cord stimulator was implanted, the woman spent a week undergoing tilt-table tests — lying on a table that was slowly raised from a horizontal position to a vertical one. She underwent in-hospital rehab, three times per week, for six weeks.

By three months after the surgery, she could walk 820 feet — almost one-sixth of a mile — without fainting, a huge improvement over life before the spinal implant.

“[She] fainted every day, many times [prior to the surgery] … each time she went to the bathroom, she fainted,” study co-author Jocelyne Bloch told Live Science. “It was striking … to see her verticalized and not fainting immediately, and then walking.”

Looking ahead: The spinal cord stimulator isn’t curing the patient’s disease, but it is improving her quality of life, and with diseases like MSA-P — for which there’s no cure or treatment to stop progression — that’s huge.

A single case isn’t enough to declare a therapy a success, though, so the researchers now plan to trial the implant in more people with MSA-P in the hope that it could help them, too. 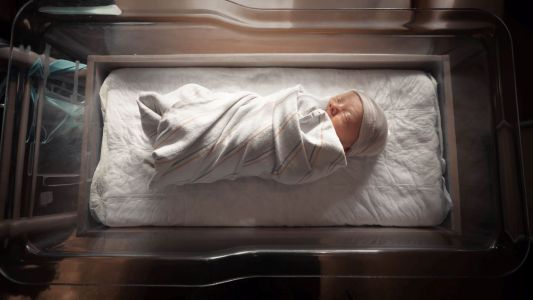 Over the years, many different people, from preachers to philosophers, have voiced their concerns over the safety and ethics of gene editing.

Genetics
Should we use genome editing to make better babies?
Subscribe to Freethink for more great stories
Subscription Center
Sections
Video
Freethink
Subscribe
We focus on solutions: the smartest people, the biggest ideas, and the most ground breaking technology shaping our future.
Subscribe