With the majority of America’s competition cathedrals — arenas, stadiums, and fields — now eerily silent, sports facilities in metropolitan areas across the U.S. are taking on another purpose this fall, as stadium voting sites providing ample space to vote as safely as possible.

“I want to get between 50 and 100 arenas open across the country,” Election Super Centers Project co-chair Eugene Jarecki told NBC. “I think each one of them can process about 40,000 people. So do the math on how huge that could be.”

The project’s website highlights the arena and stadium voting sites’ main benefits: their ability to “provide easy access, reduced lines, and room for social-distancing while voting.”

Not all stadiums are serving only as voting sites; the Detroit Lions’ Ford Field will instead host 8 of Detroit’s 12 receiving boards, where ballots and results are checked to be on the up-and-up, the Free Press reports.

With cavernous spaces and parking lots like shimmering black seas, professional and collegiate sports facilities — many with the added benefit of being open air — are uniquely suited to serving as safer-than-an-elementary-school polling places.

Also unique? The potential of arena and stadium voting sites, hosted by institutions often beloved by their fans, to perhaps encourage engagement and even trust in the voting system.

“The potential for this kind of creativity is very high,” Jonathan Metzl, the director of Vanderbilt’s Center for Medicine, Health, and Society, told ESPN. “People already trust brands like sports teams — they have identity connections with them. That makes them trusted messengers in a way.”

Below is a list of the teams confirmed to be hosting arena and stadium voting sites thus far, per ESPN and the Election Super Centers Project; each one has their own considerations, limitations, and protocols, so be sure to check the rulebook at the location you plan to use. 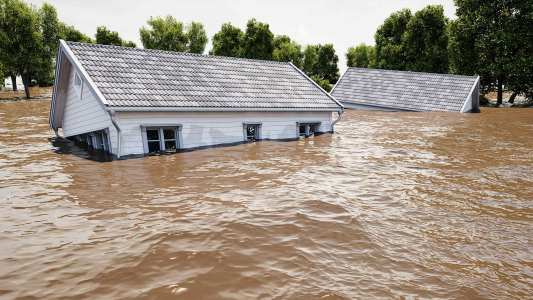 Delphi analyzes property damage and poverty levels to identify the people most in need of disaster relief, helping organizations maximize their impact.

Disaster Response
Getting disaster relief to the people who need it most
Subscribe to Freethink for more great stories
Subscription Center
Sections
Video
Freethink
Subscribe
We focus on solutions: the smartest people, the biggest ideas, and the most ground breaking technology shaping our future.
Subscribe