Yuan Longping’s hybrid rice helped feed the world. As a plant scientist, his wild rice discoveries and hybrid rice inventions in the 1960s and 1970s helped alleviate food scarcity across Asia and Africa, saving millions from starvation and malnutrition.

His rice strains are so successful that today they account for not only about half the rice varieties grown in China but more than 60% of the overall rice yield.

Because of the agricultural revolution he prompted, Yuan was revered as a national hero and a symbol of China’s scientific excellence; now the country mourns his death. Yuan died on May 22, 2021, at 90 years old.

Feeding the world: Yuan became “the father of hybrid rice” in the early 1970s, after China suffered from years of hunger. He and his colleagues produced hybrid strains of rice that increased production over conventional varieties by 20%.

Rice is the primary grain for more than half of the world, and China today produces more than any other country —  more than 200 million tons each year, reports The Washington Post.

How he did it: In 1970, Yuan began scouring distant parts of China for wild rice that had more robust genetic material than the varieties then being grown. He found a patch of wild rice on Hainan Island, the southernmost point in China.

By that time, commercial rice had been heavily inbred. Yuan demonstrated how genetic material from wild rice could be integrated into commercial strains, resulting in significant crop yield increases.

Yuan wasn’t the only one working on hybrid rice. It was a priority topic among many plant scientists — but with the world’s poorest people perpetually on the brink of hunger, Yuan didn’t waste any time. Instead of diving deeper into more research, he focused on the practical applications of his work — the following year, he created rice hybrid strains using wild rice from Hainan, and immediately pushed for their widespread adoption.

Remembering Yuan: Yuan may be hailed as a hero for his breakthrough hybrid rice but would describe himself as an “intelligent peasant.” The Washington Post reports that Yuan would take a break from his studies and spend a few hours each day in the fields to play the violin amid the stalks.

Yuan made it his priority to help as many people as he possibly could. Along with Norman Borlaug, hee is credited as one of the leaders of the Green Revolution, a mid-century era where agricultural innovations helped increase the production of grains like rice and wheat, averting widely predicted global famines caused by booming population growth.

Yuan insisted on sharing his discoveries with the rest of the world — teaching people in India, Vietnam, and elsewhere his new techniques in growing rice and how to create high-yield hybrid rice.

In the 1960s, when Yuan first became focused on ending hunger, he said that he dreamed of a “super-rice,” reports South China Post. “Each ear of rice was as big as a broom and each grain as huge as a peanut … I could hide in the shadow of the rice crops with a friend.”

As “huge as a peanut” might not be large enough to describe the impact Yuan made in his lifetime. 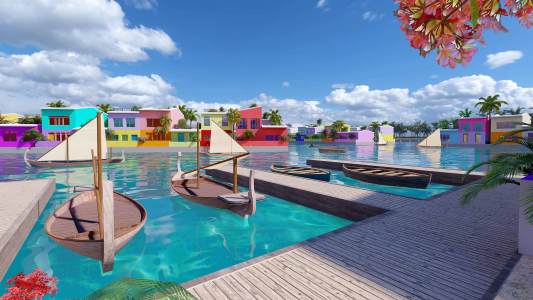