Scientists know that, on a biological level, dying isn’t like flipping a light switch, where one moment the body is “alive” and the next it isn’t.

After we take our last breath, some of our genes remain active, instructing our cells to carry on for hours before they finally cease to function.

Now, researchers at the University of Illinois Chicago (UIC) have discovered that certain genes in the brain don’t just temporarily persist after death, they get more active — creating “zombie” cells that could change what we think we know about neurological disorders.

Straight to the Source

Neurological disorders are both common and deadly, affecting up to one billion people and killing nine million every year.

To understand and develop treatments for these disorders, researchers study samples of brain tissue from people affected by them.

For some disorders, such as epilepsy, samples can be removed during surgical treatments. For most neurological disorders, though, researchers’ only have access to brain samples donated after death.

Studies of those postmortem brains generally occur 12 or more hours after a person’s death. According to this new study, that’s right in the window when these zombie cells are active.

For their study, the UIC team let brain tissue samples collected from 20 people during epilepsy surgeries sit at room temperature for up to 24 hours — this allowed them to simulate postmortem brain tissue.

Periodically, during the 24-hour period, they measured the expression of genes in the tissue.

For about 80% of the genes, expression didn’t change very much at all. For another group, it rapidly decreased within hours. However, the expression increased in the brain’s glial cells — those zombie cells grew larger and developed long arm-like appendages.

Glial cells are different from neurons — they don’t send or receive electrical signals — but they provide support and protection for the brain’s nerve cells. They also form a crucial substance called myelin, which wraps nerve fibers in a sheath and speeds up nerve signals.

They’re also much more common: in the brain, glial cells outnumber neurons by about 3 to 1, by some estimates.

“That glial cells enlarge after death isn’t too surprising given that they are inflammatory and their job is to clean things up after brain injuries like oxygen deprivation or stroke,” researcher Jeffrey Loeb said in a press release.

The zombie cells could affect postmortem studies of the brain.

The gene expression in the glial cells peaked about 12 hours after “death” and continued for at least 24 hours. That means the zombie cells could affect postmortem studies of the brain, according to Loeb, but it doesn’t mean the studies can’t still be useful.

“Our findings don’t mean that we should throw away human tissue research programs,” he said.

“It just means that researchers need to take into account these genetic and cellular changes, and reduce the post-mortem interval (the time after death) as much as possible to reduce the magnitude of these changes.” 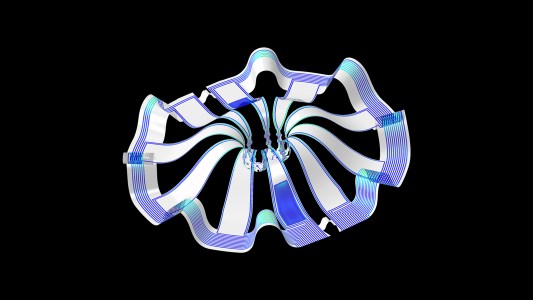 Researchers have created a “tiny machine” to better study brain organoids, clumps of stem cells that simulate the brain.

Neuroscience
Researchers have built a mini-lab for mini-brains
By B. David Zarley
Subscribe to Freethink for more great stories
Subscription Center
Sections
Video
Freethink
Subscribe
We focus on solutions: the smartest people, the biggest ideas, and the most ground breaking technology shaping our future.
Subscribe