New research has shown that CBD is safe for driving, while the effects of THC (the psychoactive chemical in marijuana) wear off in a few hours. That’s excellent news for the 14% of U.S. adults who use CBD and the 22% who use marijuana (including many for medicinal purposes).

This new evidence also has implications for drug-driving and medical cannabis laws.

Cannabidiol (CBD) is a cannabis component that is currently being widely used for medicinal purposes. Over half of CBD users use it to treat pain, anxiety, and depression. Other conditions include addictions, epilepsy, and neurological disorders. CBD recently became the first marijuana-derived compound ever approved by the FDA to reduce some seizures.

But evidence on road safety and CBD hasn’t kept up with the evidence on CBD’s medical benefits — or its growing usage.

A new study, led by the Lambert Initiative for Cannabinoid Therapeutics at the University of Sydney, is the first to determine that small doses of CBD have minimal effect on driving, while similar THC doses are connected to short-term impairment, lasting up to four hours.

Hitting the Vape, for Science

The study involved 26 healthy study participants who inhaled vaporized cannabis: some of the pot contained primarily CBD, some primarily THC (enough to feel high), or a combination of the two cannabinoids. Another group of participants received placebo vapor that lacked THC and CBD.

Then they hit the road.

After inhaling the CBD or THC, the participants waited 40 minutes or 4 hours and then drove along an Australian public highway for 60 miles in a dual-controlled car, accompanied by a driving instructor, ready to take over if necessary.

The team assessed participants’ driving using a scientific driving test, which calculates the standard deviation of vehicle position (SDLP); this measures driving ability, including lane weaving, swerving, and overcorrecting. An increase in SDLP occurs under the influence of alcohol and certain drugs.

When the Smoke Clears, the Results Are In

The researchers found that CBD didn’t impair driving ability at all. At the same time, THC or a mixture of the two caused a slight impairment, which disappeared after four hours. They published their work in the Journal of the American Medical Association.

“With cannabis laws changing globally, jurisdictions are grappling with the issue of cannabis-impaired driving. These results provide much needed insights into the magnitude and duration of impairment caused by different types of cannabis and can help to guide road-safety policy not just in Australia but around the world,” said Arkell.

The study doesn’t mean that you’re good to drive 40 minutes after smoking or vaping. The researchers warn that higher doses of THC could prolong impairment. As for CBD, the study’s dose of 13.75 mg is lower than what is given in some treatments, like for epilepsy.

Science on Cannabis and Road Safety Is Still Murky

Despite concerns that legalizing cannabis will mean less safe roads, there is surprisingly little data to support or refute this. Last year, U.S. congressional lawmakers looked into the issue and concluded that we need more research to clarify THC’s impact on driving, reports Marijuana Moment.

The lack of data regarding driving under the influence of cannabis has been controversial, both for people who oppose and support legalization. Some worry about an increase in dangerous driving, while others who use marijuana worry about the risk of being convicted of THC-impaired driving based on chemical traces in their blood — even days after they took the drug and its effects have worn off.

This fall, Pennsylvania approved a measure to protect registered medical marijuana patients from penalization under the state’s DUI laws. But when it comes to consuming cannabis and driving, the CDC’s advice is to abstain completely. At the same time, they acknowledge that it is unclear if marijuana use increases the risk of car crashes.

“With rapidly changing attitudes towards medical and non-medical use of cannabis, driving under the influence of cannabis is emerging as an important and somewhat controversial public health issue,” said Iain McGregor, the Academic Director of the Lambert Initiative at the University of Sydney.

Indeed, cannabis laws get people fired up. David Heilpern, recently quit his role as New South Wales magistrate over the driving on cannabis laws. He said he was “sick” of revoking licenses from people who were not a danger but still tested positive for cannabis, reports 3AW693 NewsTalk.

“For literally dozens of years, I was taking licenses off people for driving with detectable levels of cannabis in their system, many of them who were on prescription for it,” he said.

With this study, there is now research backing up his intuition. 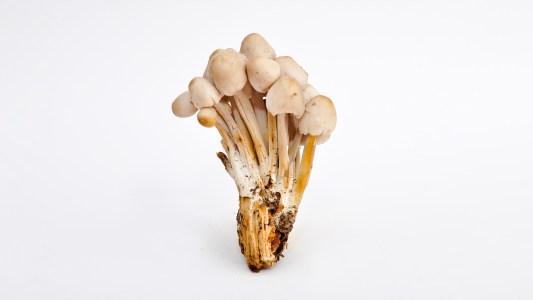 Psilocybin therapy — a combination of traditional therapy and supervised “trips” on the magic mushroom compound — shows promise as a depression treatment.