People in Singapore are the first in the world to have the option of having meals made from cultured meat delivered directly to their homes.

The challenge: People are eating more meat than ever before, but our current way of meeting that meat demand — by raising and slaughtering animals — isn’t sustainable.

Plant-based meat alternatives are increasing in popularity, but they can’t exactly replicate the taste and texture of animal meat. Cultured meat is grown in a lab from animal cells, and because it’s molecularly identical to “real” meat, it can match the taste.

“Cultured meat has the potential to address all of the externalities associated with conventional industrial meat production…while ensuring a scalable and secure production system to meet the anticipated growth in demand for animal protein,” Liz Specht, director of science & technology at the Good Food Institute, told GEN.

However, cultured meat is still very new, and many people are hesitant to even try it.

The meat of it: In December 2020, Singapore became the first nation in the world to approve the sale of cultured meat — specifically, it gave the greenlight to lab-grown chicken, created by the U.S. food tech company Eat Just.

Now, Eat Just has partnered with the Asian food delivery service foodpanda to offer delivery of three meals made from that chicken in Singapore for a limited time, starting on April 22.

The meals — a chicken and rice dish, a chicken curry, and a chicken Caesar salad — will be prepared by Singapore’s 1880, the first restaurant to sell Eat Just’s lab-grown chicken.

Why it matters: As cultured meat becomes more accessible, more people will try it — and as more people try it, the stigma surrounding the meat alternative should diminish.

Having it on a restaurant’s menu was a major milestone, but making the chicken available to people in their homes is another step forward.

The cold water: Most people are still well outside the delivery area for Eat Just’s chicken meals, and cultured meat can’t really make a dent in global meat consumption until it’s approved for sale in other nations.

However, Eat Just isn’t the only company growing meat in the lab, and now that it has broken down the wall between cultured meat and consumers, others could have an easier time bringing their products to market.

Food
Krispy Kreme donuts to be filled, frosted, and packaged by machines
Donut company Krispy Kreme is investing in automated systems to take over functions currently completed by human workers. 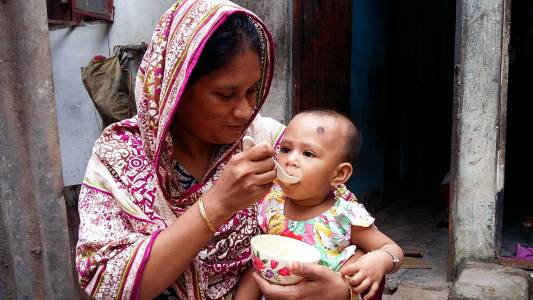