Disease-resistant pigs that could save the pork industry billions of dollars annually are one step closer to market, thanks to a new agreement between their creators and a major biotech company.

The challenge: Porcine reproductive and respiratory syndrome (PRRS) is a viral disease that causes breathing and breeding problems in pigs. It also sometimes causes their ears to turn blue, which has earned it the nickname “blue ear disease.”

Adult pigs with PRRS are susceptible to pneumonia and secondary infections, and up to 80% of piglets that contract the virus die from it. Infected pregnant sows often miscarry or give birth to stillborn piglets, and any piglets that are born from infected mothers die within weeks.

Researchers have developed vaccines for PRRS, but they haven’t been able to stop its spread — there are too many strains and the virus has ways to evade the immune system — so every year, the disease costs farmers nearly $2.5 billion in the U.S. and Europe.

“I never thought it would be a light switch, but it seems to work against all strains on all pigs.”

Working with British biotech company Genus, they produced pigs that were missing part of a gene that makes the protein the PRRS virus latches onto during infection. When the gene-edited pigs were exposed to the virus, none contracted PRRS.

“I never thought it would be a light switch,” Genus COO Bill Christianson told MIT Technology Review in 2019. “But it seems to work on all types of pigs and against all the strains of the virus.”

What’s new? The Roslin Institute has now announced a partnership with Genus to produce and test multiple generations of the disease-resistant pigs. The goal of the studies will be to secure FDA approval so that the pork can be sold publicly.

There’s no word yet on when the pigs might make their way onto farms, but the FDA has already approved one gene-edited pig for human consumption (modified to be safe for people with meat allergies), so that precedent might help speed up the process.

“This highly specific edit to the animals to ensure disease resistance is a result of decades of work at Roslin,” John Lonsdale, head of enterprise at Edinburgh Innovations, the university’s commercialization service, said in the announcement.

“[W]e’re delighted to be helping to improve animal welfare by bringing this technological breakthrough to market through this partnership with Genus,” he added. 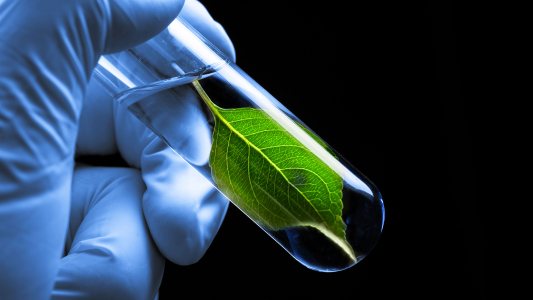 A new CRISPR technology that focuses on gene activation rather than deactivation could help us create the superior crops of the future.

CRISPR
New CRISPR tech could help us create superior crops of the future
By Kristin Houser
Subscribe to Freethink for more great stories
Subscription Center
Sections
Video
Freethink
Subscribe
We focus on solutions: the smartest people, the biggest ideas, and the most ground breaking technology shaping our future.
Subscribe