The Norwegian island of Spitsbergen isn’t exactly ideal for agriculture. Set in the frigid Arctic, just 810 miles south of the North Pole, temperatures rarely creep above 50 degrees Fahrenheit, even in the summer.

While you might not see an abundance of plant life on the island, though, it is home to the world’s largest collection of seeds — a collection that just grew by another 60,000 varieties.

At more than 1,700 gene banks across the globe, scientists store seeds and other genetic material from crops at below-freezing temperatures.

That way, if something major happens to the crop in the wild — a pest wipes it out, for example — humanity can use the backup genetic material to begin growing the crop again.

“Generations from now, these seeds will still hold our history.”

In 2008, Norway opened the Svalbard Global Seed Vault, also known as the “Doomsday” Vault, to serve as an extra backup to those backups.

Gene banks send duplicates of their seeds to the Seed Vault, a massive facility built into the side of a sandstone mountain on Spitsbergen. Then, if something were to happen to the gene bank — it’s destroyed during a war or natural disaster, for example — humanity will still have copies of the seeds.

The Seed Vault has already served its intended purpose, too. In 2015, scientists from an Aleppo-based seed bank withdrew 38,073 seed samples from the Svalbard vault to replace ones lost during the Syrian war.

The Seed Vault opened with a stash of 320,000 genetically unique seed samples.

That number has increased steadily over the past 12 years, and in February, 36 different groups deposited more than 60,000 new seed samples into the vault. The current total is now over one million varieties.

Eight of the 36 groups had never deposited seeds into the Svalbard vault before. One of those groups, the Cherokee Nation, became the first tribe based in the U.S. to contribute their traditional seeds to the Doomsday Vault. This deposit consisted of a variety of beans, corn, and ceremonial tobacco.

“Generations from now, these seeds will still hold our history and there will always be a part of the Cherokee Nation in the world,” Cherokee Nation Principal Chief Chuck Hoskin Jr. said in a statement.

The source of the seeds isn’t the only remarkable thing about the latest deposit.

When the Seed Vault opened, Spitsbergen seemed like an ideal location for such a facility. It was high enough above sea level that rising waters would not be a concern; cold enough that the seeds would remain frozen even without mechanical refrigeration; and remote enough that it seemed unlikely to be affected by war.

By 2017, however, it was clear that even the “Doomsday” Vault was not impervious to the effects of global warming — rising temperatures in the region caused permafrost to melt, sending water flooding into the vault’s entryway.

“It was not in our plans to think that the permafrost would not be there and that it would experience extreme weather like that,” Hege Njaa Aschim, a spokesperson for the Norwegian government, told The Guardian at the time. “A lot of water went into the start of the tunnel and then it froze to ice, so it was like a glacier when you went in.”

The February 25 deposit marked the first major addition of seeds to the vault following a $21 million upgrade in 2019, designed to account for those unforeseen environmental changes.

Hopefully, that upgrade will sufficiently “future-proof” the vault against climate change — ensuring that the seeds within the “Doomsday” Vault remain preserved no matter what goes on outside its walls. 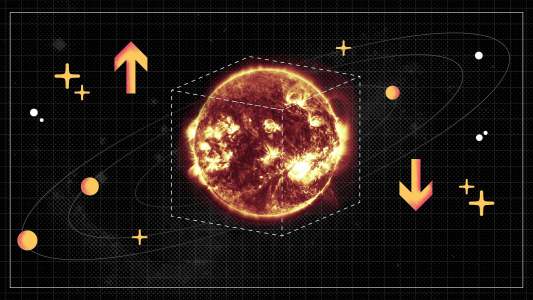 This stellar engine could harness the power of the sun to drag our solar system throughout the galaxy, preventing a catastrophic collision.

Engineering
Move the sun, save the earth: the plan to relocate our solar system
Subscribe to Freethink for more great stories
Subscription Center
Sections
Video
Freethink
Subscribe
We focus on solutions: the smartest people, the biggest ideas, and the most ground breaking technology shaping our future.
Subscribe