It won’t be long before a museum of earthly artifacts will be blasted into space to find a permanent home on the International Space Station.

Plans for a space exhibit: A startup called Uplift Aerospace recently made an agreement with NASA to transport all sorts of valuable goods to the ISS and house them in Uplift’s Constellation Vault starting this year.

The vault is only the size of a gym locker, but it could include artifacts like works of art and rare jewels. These items, ordinarily housed in museums, will eventually only be seen in space.

“The idea is that we’ll be able to showcase the items while they are on the space station.”

Initially, the vault will serve as an exhibition platform. Unlike the time capsule that NASA is sending to the Trojan asteroids, in time, some items from the Constellation Vault could be sold. The startup hopes it will “establish commerce in space.”

“We want the vault to be a place that highlights the value of humanity and Earth with regards to what we create,” Josh Hanes, president and chief executive officer of Uplift Aerospace, told collectSpace — adding that some of the items that will be flown up and returned will be destined for museums rather than being sold.

The details: The startup may have grand ideas, but they haven’t nailed down exactly how they will get the items into space, yet.

“The idea is that we’ll be able to showcase the items while they are on the space station,” Hanes told the website, “but we’re still developing the exact process of how that will be done.”

The team is building memberships for Uplift’s “Space+” community in the blockchain. The NFTs will give owners access to “real-life space experiences, including the Constellation Vault.” People who purchase Uplift Space’s NFTs will have access to giveaways and opportunities like flying items to the ISS, winning a trip to space, or even getting to keep an item from the vault.

“We will have one payload where we bring back something from the space station that every single member can have, whether it is a mission patch or something else,” Hanes said. He says that the ultimate goal is to facilitate commerce between space and Earth —  what better currency to do that than with NFTs, something that already feels a little out of this world. 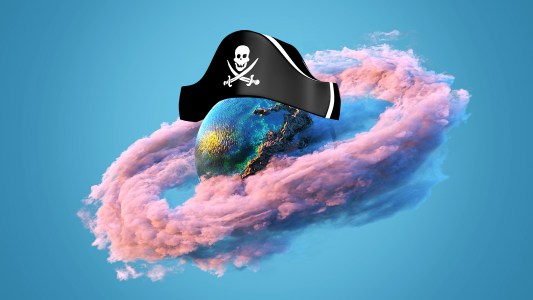 Using ground telescopes and satellite observations taken over decades, researchers have identified the largest number of wandering rogue planets yet.

Astronomy
Astronomers have found the biggest group of rogue planets yet
Subscribe to Freethink for more great stories
Subscription Center
Sections
Video
Freethink
Subscribe
We focus on solutions: the smartest people, the biggest ideas, and the most ground breaking technology shaping our future.
Subscribe