Researchers out of San Diego’s Salk Institute have gotten mice to move their limbs by stimulating brain cells using ultrasound.

When mice were engineered to have their brain cells produce a special protein, the researchers found that hitting them with ultrasound “turned on” the cells, causing small, but perceptible, movements in their limbs.

The technique, called “sonogenetics,” is the latest in a line of methods that look to stimulate and alter neurons directly, without using drugs.

“We’ve spent so much time over the last few decades focusing on pharmacologic therapies,” Colleen Hanlon, a biologist at Wake Forest not involved with the study, told STAT. “This paper is another really important piece to this puzzle of developing neural circuit-based therapeutics for disease.”

Turning neurons on: Sonogenetics is just one of the ways researchers have begun controlling neurons in the brain, turning them off or on at will.

Perhaps the most well-known method is using electrical stimulation. In deep brain stimulation, researchers surgically implant electrodes into specific areas of the brain.

When these electrodes fire off at the right time and with the right frequency, they can make tremors disappear, improve memory, and even treat depression.

Taking a step up on the wildness scale, scientists can also activate, or turn off, neurons using light, a technique called optogenetics. Optogenetics works by genetically engineering brain cells to produce light-sensitive proteins, which can be hit with a laser, causing the neuron to fire or not.

A similar mechanism is behind sonogenetics, except the protein reacts to ultrasound.

The mice were engineered to have their brain cells produce a special protein that reacts to ultrasound.

Ultrasound is appealing because of its well-understood safety profile and the fact that it is already used to target locations deep within the body.

“Ultrasound is safe, noninvasive, and can be easily focused through thin bone and tissue to volumes of a few cubic millimeters,” the researchers wrote in their study, published in Nature Communications.

In optogenetics, by contrast, because skin and bone are opaque, even powerful lights will have a hard time reaching neurons deeper than the outer layer of the brain.

From worms to mice: Salk neuroscientist Sreekanth Chalasani and his colleagues pioneered sonogenetics several years ago in a tiny worm called a nematode.

They found it — a protein called TRPA1.

The researchers first tested the protein in mouse neurons in the lab. When those cells reacted to ultrasound by producing electrical signals, they engineered it into living mice.

When the TRPA1-producing mice were exposed to ultrasound, electrical signals coursed through their limbs — and a little bit of movement, too.

“It’s a very exciting contribution and an important step,” Caltech sonogenetics researcher Mikhail Shapiro, who was uninvolved with the work, told STAT.

“This is one of the papers that’s come out over the last several years that shows that it’s a real possibility that you can use ultrasound to directly modulate the activity of specific neurons.”

What’s next: While being able to activate cells is pretty cool, being able to turn them off is important, too, Chalasani told STAT, and he may have found a protein with the potential to do just that — in the venus fly trap, of all things.

Chalasani and colleagues are now working on making the ultrasound response stronger, and other tweaks will need to continually be made as well on the long road to clinical application. For example, to get the ultrasound-sensitive protein’s genetic code into the mouse cells, the team injected their brains with code-carrying viruses. This kind of negates one of sonogenetics’ most exciting potential advantages: that it’s noninvasive.

While still early, the research may have applications for any number of treatments and therapies that involve stimulating nerve cells with sonogenetics.

“The potential for neuronal control is huge,” Chalasani told The Scientist. “It has applications for pacemakers, insulin pumps, and other therapies that we’re not even thinking about.” 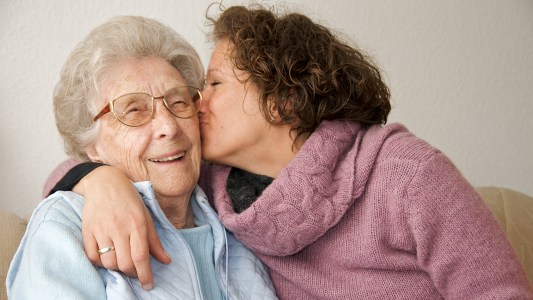 Scientists have used CRISPR to edit the “Icelandic mutation,” which protects carriers against Alzheimer’s, into human cells.