You’ve got your indicas, whose reputation for zonking you out — more like ‘inda-couch,’ amiright? — is contrasted with the buzzier sativas, while your hybrids are, well, a bit of both.

Unfortunately, University of Colorado Boulder researchers say that that tidy labeling system may not mean much when it comes to what you buy. (I trust my guy, though; he wouldn’t Sharpie a sandwich bag for nothing.)

Which, when you consider how complex a compound cannabis is and that the fish at your restaurant probably isn’t labeled right either, isn’t too surprising.

“Our findings suggest that the prevailing labeling system is not an effective or safe way to provide information about these products,” Brian Keegan, study co-author and CU Boulder assistant professor of information science, said.

It’s now been a decade since recreational cannabis was legalized in Colorado and Washington, and while a multi-billion dollar industry has managed to bloom, it still lacks a standardized labeling system.

What’s in weed? Cannabis is a complex plant, chock-full of chemicals that interact with the body (and with each other) in myriad ways. Researchers have called it a “pharmaceutical cornucopia,” Keegan says.

THC and its non-psychoactive fellow cannabinoid CBD are fairly well known, and the dosage of both must usually be disclosed. Beyond this rudimentary info, however, the obligations end.

Chemicals called terpenes can impact how weed smells and tastes, and may have an impact on your high, too, through what researchers dub the “entourage effect” — the complex interactions between all the various cannabis compounds taken as a whole with THC.

Bud breakdown: For their study, published in PLOS One, Keegan, co-author and Leafly.com director of science and innovation Nick Jikomes, and colleagues sampled 89,923 commercially-available cannabis flower strains, the largest such data set to undergo analysis.

Luckily for consumers, they found that the “vast majority” of cannabinoids in commercial weed is THC — the good stuff.

They also found that the samples could be siloed into three general categories, based on their predominant terpenes. The weed could be sorted into a myrcene and pinene group; a terpinolene and myrcene group; and a caryophyllene and limonene group.

Here’s the problem, though: those three buckets don’t align with indica, sativa, or hybrid.

“In other words, it is likely that a sample with the label ‘Indica’ will have an indistinguishable terpene composition as samples labelled ‘Sativa’ or ‘Hybrid,’” the researchers wrote.

The consistency of strains was a mixed bag, with some very consistent from flower to flower — take a bow, White Tahoe Cookies! — and others “consistently inconsistent,” as Jikomes put it.

“There was actually more consistency among strains than I had expected,” Jikomes said. “That tells me that the cultivators, at least in some cases, may not be getting enough credit.”

The large analysis also revealed plenty of room to innovate still, with most American flowers being fairly similar to each other in profile. That could mean more options for both medicinal and recreational benefits, Keegan said.

“It’s like if your cereal box only showed calories and fat and nothing else. We as consumers need to be pushing for more information. If we do that, the industry will respond.”

The authors imagine a labeling system which will incorporate more information beyond THC and CBD, including other compounds like terpenes.

“It’s like if your cereal box only showed calories and fat and nothing else,” Keegan said. “We as consumers need to be pushing for more information. If we do that, the industry will respond.” 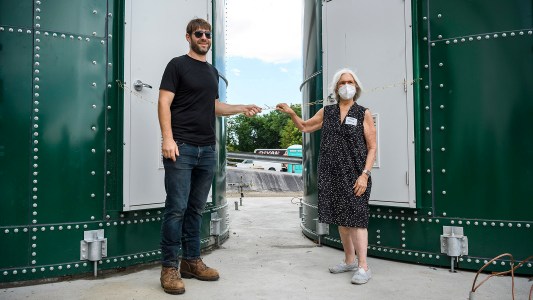