Last year, something new was grafted to the tree of life.

Dubbed “Xenobots” (after the frog’s scientific name — not, alas, xenomorphs), their creators found that the living machines that could complete simple tasks in Petri dishes, as Freethink’s Amanda Winkler explained last year.

Those same researchers, from Tufts and the University of Vermont, have now developed a second iteration, Xenobots 2.0, if you will, which can “self-assemble a body from single cells, do not require muscle cells to move, and even demonstrate the capability of recordable memory,” as Tufts Now explains.

These Xenobots are also faster, can make their way through more complex environments, live longer than their predecessors, work in concert, and heal themselves.

First generation Xenobots were constructed with a “top-down” approach, as Tufts put it. The researchers manually placed and surgically sculpted the heart and skin cells to form tiny biological robots in a variety of shapes.

Their shapes — chosen with the help of a digital Xenobots simulator — then impacted their various movements.

The original Xenobots were capable of “crawling, traveling in circles, moving small objects — or even joining with other organic bots to collectively perform tasks,” Winkler reported.

But to create Xenobots 2.0, the researchers utilized a “bottom up” approach, published in the journal Science Robotics.

Rather than crafting the frog heart and stem cells, the researchers simply scraped off some skin stem cells from frog embryos. Left to their own devices, the cells glommed together into spheroids on their own.

They could survive for 10 days without food and even grow if some sugar’s in the mix.

“We’ve grown them for over four months in the lab,” Tufts’ Doug Blackiston, study coauthor, told Science News. “They do really interesting things if you grow them,” including forming new, balloon-like shapes.

Some of the cells adapted to grow cilia a few days in. Usually used by cells to push away pathogens and ensure a nice coating of protective mucus, the Xenobots used their cilia to move around, eliminating the need for heart stem cells.

It’s an example of life’s remarkable plasticity, the researchers say.

“In a frog embryo, cells cooperate to create a tadpole. Here, removed from that context, we see that cells can re-purpose their genetically encoded hardware, like cilia, for new functions such as locomotion,” Michael Levin, professor of biology and director of Tufts’ Allen Discovery Center — and study corresponding author — told Tufts Now.

“It is amazing that cells can spontaneously take on new roles and create new body plans and behaviors without long periods of evolutionary selection for those features.”

Along with those new body plans came new abilities. Xenobots 2.0 can move around just like the first iteration did, but they are faster than what the researchers constructed. They’re also better at sweeping up junk — a swarm of them can round up iron oxide particles in a Petri dish — and they can coat flat surfaces and shimmy through narrow capillaries.

Because they are biological, the Xenobots could also heal themselves, forming back together after injury — even recovering from full-length lacerations halfway through their “bodies” — in just 5 minutes.

Just like before, the Tufts team turned to computer simulations to tease out the best Xenobot layouts. Researchers at the University of Vermont did the data crunching, using the Vermont Advanced Computing Core’s supercomputer cluster, called Deep Green.

Deep Green comes in because “it’s not at all obvious — for people — what a successful design should look like,” UVM computer scientist and robotics expert Josh Bongard told Tufts Now. “That’s where the supercomputer comes in and searches over the space of all possible Xenobot swarms to find the swarm that does the job best.”

The hope is that eventually Xenobots will be able to perform tasks like clearing microplastics from the ocean, or decontaminating soil.

Performing those jobs would be a hell of a lot easier with the ability to retain and access memory for guiding their actions — something the original Xenobots lacked. This time around, the researchers gave them the ability to hold on to one piece of information.

The researchers injected the frog stem cells with mRNA carrying the instructions for a protein called EosFP. This protein normally glows green, but when exposed to a specific wavelength of light, it turns red instead.

Armed with their little running light, the Xenobots could now keep a record of being exposed to certain wavelengths of blue light in their environment. Further work could potentially allow them to keep track of multiple variables, or even alter their behaviors accordingly.

A New Form of Life?

The researchers’ original work already opened questions of what, exactly, Xenobots are. Are they lifeforms? Robots, but made of biological material, in lieu of nuts and bolts?

As you can imagine, these improved iterations — which organize on their own — are provoking more of the same.

Tel Aviv University evolutionary biologist Eva Jablonka, who is unaffiliated with the work, told Quanta Magazine that she considers them a new form of life “defined by what it does rather than to what it belongs developmentally and evolutionarily.”

University of Melbourne digital ethics researcher Kobi Leins believes new ethical issues arise with the creation of new forms of life. “Scientists like to make things, and don’t necessarily think about what the repercussions are,” she told Science News.

(For what it’s worth, Levin agrees, telling Science News the questions raised by the Xenobots are like “finding a whole galaxy of weird new things.”)

Levin hopes that within that galaxy, the Xenobots will do more than perform tasks: they may help us understand how biological life itself develops. 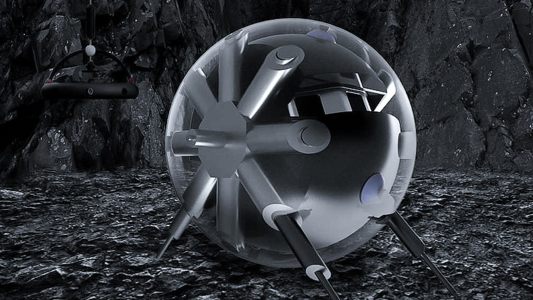