Applying Silicon Valley thinking to the fight against poverty

“Change happens from the bottom up.”
In partnership with

Up Next
Now Playing
Polyamory is great. Monogamists can learn from it.
Watch 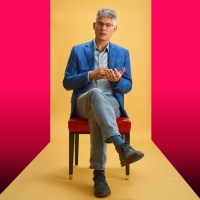 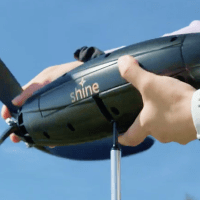 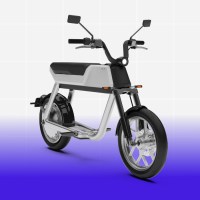 Like a lot of people who have spent time in civil service, Evan Feinberg has a place in his heart for The West Wing.

In the show, Martin Sheen’s President Josiah Bartlet delivers a famous quote on changing the world. The answer, Bartlet puts forward, isn’t  one which finds the drivers of change in politics or at the top.“Never doubt that a small group of thoughtful and committed citizens can change the world,” he says. “Do you know why?”

“And the answer, of course, is ‘because it’s the only thing that ever has,’” Feinberg answers.

For Feinberg, the people who are closest to the problems of poverty in the community — in their community — are in the best position to solve them. Since 2015, Feinberg has been applying that approach  as the executive director of the Stand Together Foundation, where he helps to provide community organizations attempting to solve massive problems with the resources, support, and principles they need to scale and inspire others.

Feinberg’s years in the Senate convinced him that change was not likely to come from sweeping rule changes that look to find the solutions to poverty from the top down.

“Change happens from the bottom up.”

Starting from the Bottom

Hunger; homelessness; criminal justice reform; these are all expansive issues which can feel seemingly impossible to solve when taken as a whole. And despite decades of best efforts to fight them, all still plague people to this day. For Feinberg, that’s a sign of a staid way of looking at things due for a shake up.

For 50 to 60 years, tens of trillions of dollars have been spent by the government and private philanthropists to attack poverty from the top down.

“But on every trend that matters, we’re failing,” Feinberg says, with the percentage of Americans living in poverty barely wavering since 1964. There has been a lot of money and a lot of time spent, he believes, without ever asking what he considers the most important question: What truly helps individual people to make their lives better?

Any given soup kitchen or community center will still look like it did those many decades ago, when we began to tackle poverty in earnest. For Feinberg, the nonprofit field is mired in an “alternate reality,” using approaches and ideals better suited to the 1940s than today. There is a focus on one-size-fits-all solutions that don’t take communities into account and outputs measured via “vanity metrics” — the number of beds used; the amount of food given — all with a lack of innovation.

Feinberg believes that the best nonprofits are ones that are not only innovating in their areas, but are oriented directly around every individual person they help lift out of poverty.

Focusing on People as the Customer

Consider a phone instead of a soup kitchen. It looks nothing like it originally did, right? From bell-shaped receivers on wires and switchboard operators to rotary dials, answering machines, and the immensely powerful computer in your pocket, the phone — like many pieces of technology — has evolved rapidly.

“The explosion of innovation and progress in Silicon Valley really was the result of the design thinking revolution,” Feinberg says.

Companies began to orient themselves around the customer, focusing on creating products that were meant to serve as solutions to the unique needs of those customers — an innovation Feinberg doesn’t see happening in the nonprofit space.

“The most effective nonprofits are the ones who are innovating based on a deep understanding of their customer and ways of measuring whether or not they’re actually making a difference for the people they serve,” Feinberg says.

Consider Austin nonprofit Mobile Loaves & Fishes, which isn’t trying to solve homelessnessthrough building more shelters or filling as many beds as they can. Instead, they are making entire villages of 3D-printed homes, where residents have job opportunities, shared spaces, and community. By providing relationships and community instead of just housing, they can meet the unique needs of every person they help. Mobile Loaves & Fishes provides a place for people to find jobs based on their own passions and skills; they get not only an income, but self-worth, drive, and purpose.

“Their mentality is that housing can’t solve homelessness, but community can. And community will.”

That perspective is at the core of the Stand Together Foundation. There are thousands of community-based nonprofits like Mobile Loaves & Fishes, but they may not be able to reach their full potential because they do not yet havethe structure and capital needed to grow, the foundation says. Stand Together looks for these disruptive social entrepreneurs — Catalysts — to help train, support, and connect social entrepreneurs across communities.

These small, nimble, and close-to-ground organizations  take on not just the symptoms of poverty, but the deeper causes at its core. The Phoenix uses community and exercise to help people suffering from addiction disorders, efforts which became all the more important during COVID-19, when their customers were facing rising drug use rates and an increase in overdose deaths. Cafe Momentum provides internships to juveniles in the justice system to fight recidivism; none of the youth who have completed their 12 month program in Texas went back into the criminal justice system. Boston Uncornered finds the most influential members of the city’s gangworld and helps them find a new path that is right for them, making individual’s lives — and the entire community — safer.

Feinberg believes that nonprofits thinking of the people they are trying to help as customers that they want to create value for, rather than inputs in an amorphous problem, could truly finally help break the cycle of poverty trapping millions.

“Person to person, neighborhood by neighborhood, social entrepreneurs that are doing the work; that’s where change happens.”