Tin-yuet Ting was walking into work at Hong Kong Polytechnic University (PolyU) one morning last November when he saw a confrontation break out between police officers and protesters in front of the campus’s main entrance.

Ting immediately rushed to his office to gather all of his documents. As a sociology professor at PolyU, he researches social movements, including the ongoing protests in Hong Kong. This work involves interviews with protesters, whose identities are strictly confidential.

“I wanted to make sure that the information would not be in the wrong hands,” he says.

Within days, the campus became a makeshift base for protesters defending a nearby roadblock with gas bombs and bricks while the police laid siege with tear gas and rubber bullets. Over the course of the nearly two-week standoff that ended on November 27, more than 1,100 people were arrested as university staff, students, and protesters surrendered to the police or fled the building.

The traumatic siege of a university sparked concern worldwide about the increasingly violent interactions between protesters and police. While the large-scale protests have dulled this year, due in part to the spread of coronavirus, the government’s response to protesters has not. At the end of March, the government enacted a ban on public gatherings of more than four people — in an effort to enforce social distancing, they claim — but many believe that the police are using this ban to further clamp down on protesters.

Out of a concern for safety and a desire to sustain the months-long movement, many of Hong Kong’s pro-democracy supporters have doubled down on a quieter, decentralized strategy — focused not on massive demonstrations but on coordinating millions of private, individual actions to support the movement.

By turning mundane activities, like shopping or dining out, into acts of quiet protest, this kind of “everyday resistance” is hard for the government to see, let alone stop.

“We Are the Protesters”

One of the most effective examples of everyday resistance is the rise of the “yellow economy.” In this economy, democracy supporters deliberately shop at “yellow” pro-protest businesses while boycotting “blue” pro-government businesses.

“Money is something that the citizens, instead of the government, usually have more control (over),” says Ting.

“You have a leaderless group of people who have been devoting their own time as citizens, as consumers, in support of the movement.” The yellow economy lets people — both consumers and shop owners — support the movement without joining street protests that often end in dangerous confrontations with the police.

Money is something that the citizens, instead of the government, usually have more control over.

“Both my husband and I support the protesters. We are the protesters. We can’t do much except offer our place for protesters to rest, speak freely, or simply chit-chat,” says Coco Chan, owner of the Joyful Dessert House in the Mong Kok neighborhood in downtown Hong Kong. “It unites us.”

“One day, when a group of diners finished their meal here, they gave me a yellow label sticker. They told me I could paste it in front of my shop.”

At first, says Chan, the network of businesses consisted of only 20 to 30 shops. But after several months, “it has evolved into a true yellow economy,” where protesters can choose to buy most of their consumer goods from pro-democracy store owners.

While the patrons show their support financially, Chan and other pro-democracy store owners reciprocate by providing activists with supplies.

We are the protesters. We can’t do much except offer our place for protesters to rest, speak freely, or simply chit-chat.

“We prepare 8 to 10 cartons of water everyday,” says Chan. “Perhaps they want to wash their faces or their bodies, and wash away tear gas.” They also keep plenty of food on the shelves — and masks — “we have masks in our shop at all times.” People are still banned from wearing masks at “unlawful” public gatherings in Hong Kong.

While blue or yellow stickers are placed on a shop’s front window, Facebook pages and mobile apps also alert prospective customers to a business’ allegiance.

Apps like Whatsgap and Woleieat (“eat with you”), which have been downloaded by more than 100,000 users, offer maps where restaurants and businesses are clearly labeled yellow or blue. According to a New York Times report, Whatsgap was removed from the Google store earlier this year, possibly to appease China. The app has since reappeared in both Google and Apple stores. However, even if a popular app is pulled from online stores, many other apps, Facebook pages, websites, and social media influencers share information about businesses’ allegiance.

So instead of everyone using one particular app, the effort is decentralized, says “Ken,” a Hong Kong pro-democracy protester. This campaign also helps protesters call out posers — or “blue” stores pretending to be “yellow” for the economic gain.

This past fall, Ken helped organize a crowdfunded campaign that raised more than $800,000 HK to fund a “Burn with You” market fair, designed to bolster the yellow economy after the government canceled the Chinese New Year celebrations and banned the sale of items with any political messaging. Ken’s market was one of more than a dozen that sold pro-democracy goods despite the ban.

“I think it planted the idea for the citizens of Hong Kong that they can always do more,” Ken says, adding that doing business can be a meaningful act and not just for profit. He says they plan to organize more events like this one, possibly as a night market.

While the government can’t control where consumers decide to shop, it can use its power to make life difficult for yellow shop owners.

Hong Kong, like the rest of the world, is encouraging social distancing to combat the coronavirus. The police are enforcing these measures not just in the streets but in restaurants, too. Tables should seat no more than 4 people and be at least 1.5 meters (5 feet) apart.

There have been reports, however, that yellow shops are the favorite targets of police enforcement.

Police reportedly stormed one popular yellow diner twice within 15 minutes to measure the distance between tables.

“It’s been observed that the police frequently stormed the yellow eateries at the busiest hours in the name of law enforcement. They slowly checked the ID of customers one by one to see if these people are the ones who violate the new law of self-quarantine,” says Ting. The self-quarantine law states that anyone who comes back from abroad must be isolated for 14 days.

For example, Ting says, police reportedly stormed one popular yellow diner “twice within 15 minutes to measure the distance between tables.”

Still, the yellow economy seems to be robust for now — but it’s hard to predict how it will hold up during the pandemic. Between police harassment of shops and the massive recession across the economy, politics may not be the first priority for many patrons anymore. The virus could force some difficult decisions, says Ting: if you can’t find any masks at a yellow shop, you may be willing to buy from a blue shop instead. 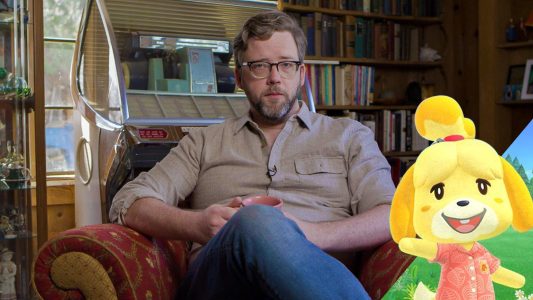