Rodney Smith Jr. was driving home from the Alabama A&M University in 2015 when he noticed an elderly man struggling to mow his lawn. Smith, an undergraduate at the time, stopped his car and offered to mow the man’s lawn for him.

But Smith’s act of kindness didn’t stop there.

The mission is to inspire kids to make a difference in their community with a lawnmower.

Between his academic classes, Smith continued to mow lawns in the community for the rest of the year. At first he set a personal goal of 40 lawns — and when he exceeded that, he upped it to 100.

Now, Smith runs a non-profit organization called Raising Men Lawn Care Service that encourages young people to give back to their communities by providing free yard care to people in need.

Hundreds of young people have since answered Smith’s call to action — and the number of volunteers has skyrocketed in the wake of the coronavirus.

Mowing Lawns for People in Need

Raising Men started as a program for boys in Alabama, but Smith says the program now includes boys and girls in every state in the nation.

Depending on the season, Raising Men volunteers mow lawns, rake leaves, or shovel snow for seniors, veterans, single moms, people with disabilities, or anyone else in need of help.

Those who think they could benefit from these services can submit a request via the foundation’s website. People who want to help, meanwhile, can donate money or buy items on Raising Mens Amazon and Wal-Mart wishlists.

A few months after starting the non-profit, Smith launched the “50 Yard Challenge” to further encourage kids to join the program.

Boys and girls ages seven to 17 from anywhere in the world can join the challenge, and Smith sends them a t-shirt, sun glasses, and ear protection just for signing up.

The kids then get a t-shirt in a different color for every 10 yards they mow, similar to the different colored belts that are earned in martial arts training.

“Once they reach 50, they become a lot like a black belt at mowing lawns,” reads the Raising Men website, so it makes sense for that milestone to be celebrated with a black t-shirt.

After 50 lawns, kids also receive a personal visit from Smith and some new gear: a lawn mower, weed eater, and leaf blower.

Smith himself has completed his own take on the 50 Yard Challenge, touring the nation to mow lawns in each of the 50 states — a feat he’s completely not just once, but eight times.

He was poised to begin his ninth tour in April when the coronavirus put a halt to his travel plans. Rather than taking a much-deserved break, though, he saw the global pandemic as an opportunity to help his local community in another way, using donations to buy much-needed supplies for people in need.

“I’ve been buying groceries for the elderly and dropping them at the door in the mornings before mowing their lawns,” Smith told Freethink.

The coronavirus has also brought with it a surge in the number of kids signing up for the 50 Yard Challenge. According to Smith, the program went from about 750 kids just one month ago to around 1,000 participants now.

His hope for the future is that even more kids will decide to join the program and adult volunteers will step up to lead local chapters.

As Smith told Fox 17 News during one of his nationwide tours, “The mission, the goal of this whole thing is to inspire kids to get out there and make a difference in their community with a lawnmower.” 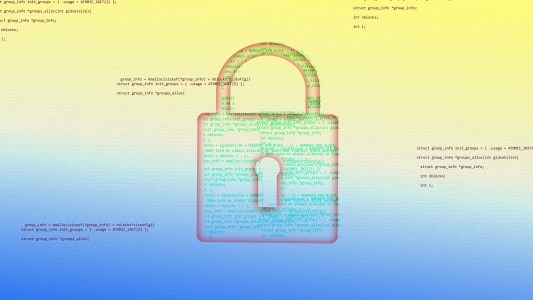 Criminals are exploiting COVID-19 to launch cyber attacks. These volunteers have grouped together to fight back.