Rather than relying on police to curb violence in their communities, groups of “violence interrupters” are taking to the streets where they can attempt to defuse tense situations before they become violent.

The challenge: “Community violence” is the catch-all term used for shootings, stabbings, and other violent acts that happen in public places between people who aren’t intimately related.

For decades, the go-to response to increased community violence has been deploying more police to track down and punish those responsible for it. But while an increased police presence can reduce violent crime, it can also lead to over-policing, with cops cracking down on minor criminal activity.

“If people can’t count on help from the state and its agents, they’re going to take care of themselves.”

This can leave community members distrustful of police, whom they believe are more interested in doling out punishment than protection. Instead of reporting crimes to officers, then, they may choose to respond with violence — perpetuating the problem police are supposed to solve.

“Everybody has largely missed the fact that if people can’t count on help from the state and its agents, they’re going to take care of themselves,” David Kennedy, a violence reduction researcher, told the Guardian. “Sometimes taking care of yourself looks like day-to-day gun violence.”

Deploying violence interrupters: In 2000, epidemiologist Gary Slutkin launched a pilot program in one of Chicago’s most dangerous neighborhoods to test a new model for reducing community violence.

Instead of relying on police to punish people for violent crimes, people from the community — some former gang members themselves — would watch out for tense situations that could become violent and then try to defuse the conflicts themselves.

“[T]hese interrupters are people from the same neighborhood because that’s required for the credibility and the trust so that they can interact with the person,” Slutkin told Freethink in 2019. “They’re trained to be able to shift that person’s perspective as well as cool down their emotions.”

Days of Peace: Sluktin’s pilot in Chicago has since inspired the creation of organized groups of violence interrupters throughout the U.S., and one of the most recent initiatives was launched in North Minneapolis by members of local churches and neighborhood associations.

They called their campaign 21 Days of Peace, and their plan was straightforward: violence interrupters would go to the neighborhood’s most dangerous spots — as identified by local police — every day for three weeks.

Some would simply sit on lawn chairs, others would bring grills and cook food for locals, but what they did wasn’t important — they just needed to be present.

The campaign started in May and has been going on for more than 100 days — far longer than intended. The group uses an online sign-up sheet to organize shifts, and coordinates daily with police about the number of volunteers needed.

“Part of the uniform equipment of police officers is we have a vest,” Minneapolis Police Chief Medaria Arradondo said during a speech at one of the churches involved in the campaign.

“I know [21 Days of Peace members] ain’t wearing vests, but when I see the work that you are doing, it is like some force field that surrounds you and protects you,” he added, “and you’re able to meet the hearts and the minds of these young people.”

Impact on community violence: McAfee and Louis King, another 21 Days of Peace campaign leader, noted in a Washington Post Opinion piece that homicides in Minneapolis were down in June, July, and August compared to the previous year.

They added that they hoped their campaign, which focuses on Minneapolis’ Northside, had a “ripple effect” across the city, but it’s hard to say whether that was the case.

“They’re trained to be able to shift that person’s perspective as well as cool down their emotions.”

Indeed, research into the impact of violence interrupters has delivered mixed results, and a lack of funding means some programs can’t survive long enough to reach their potential — community violence expert Paul Carrillo compared the situation to underfunded startups.

“There are a lot of efforts sprinkled around the U.S. [that are] doing good things, but they can never scale up,” he told the Associated Press.

Looking ahead: That may be changing, though.

The infrastructure bill currently under debate in Congress includes a $5 billion community violence intervention initiative that would, in part, fund existing violence interruption programs and help spread the model to other communities.

President Joe Biden has also given state and local officials the green light to use COVID-19 relief funds for community violence intervention efforts, and several cities have already said they plan to use the money to expand or establish violence interruption programs, specifically.

“It’s gone from people not really embracing this to people being fully on board,” Charlie Ransford, senior director of science and policy at Cure Violence Global, told the AP. “The alternative is a more-policing approach, and we’ve already tried every angle of more policing.” 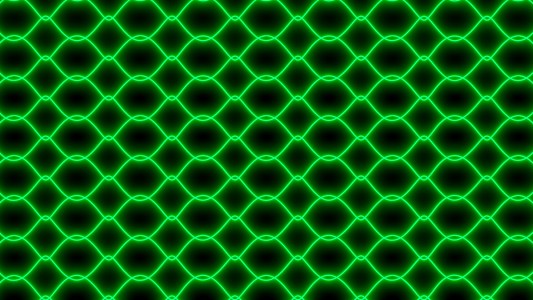