Update, May 2, 7:10 p.m. ET: Rocket Lab’s booster recovery attempt was a success. The company will now study the booster to see if it is suitable for reuse.

On April 28, aerospace startup Rocket Lab will attempt to catch a falling rocket using a long hook dangling from a helicopter — and you can watch the whole thing go down live.

If Rocket Lab can capture and refurbish its rockets, it will join SpaceX as the only company offering orbital launches with reusable rockets — radically reducing the cost of space access.

The challenge: Since the 1950s, after delivering their payloads to space, most spent rockets have either become space junk or gotten destroyed while reentering Earth’s atmosphere. Reusable rockets, however, are built to be recovered after a launch and then flown again, which can significantly cut launch costs.

Heads up: Rocket Lab is exploring a third option: use a helicopter to snatch a falling rocket before it reaches the ground or ocean.

On April 28, the company plans to use its Electron rocket to place 34 satellites into orbit. Less than 3 minutes after launch, the rocket’s first stage will separate from its second and start falling back to Earth.

Two parachutes will slow the rocket’s descent from more than ​​5,000 miles per hour to 22 mph. A helicopter will then attempt to attach to the main parachute with a hook. If successful, it will carry the dangling rocket from over the ocean to land where it can be recovered.

“We’re excited to enter this next phase of the Electron recovery program,” said CEO Peter Beck.

“We’ve conducted many successful helicopter captures with replica stages, carried out extensive parachute tests, and successfully recovered Electron’s first stage from the ocean [three times],” he continued. “Now it’s time to put it all together for the first time and pluck Electron from the skies.”

The big picture: Reusability would be a huge step forward for Rocket Lab — in 2019, Beck predicted that it would allow the company to double the number of launches it carried out every year without spending any more money on building rockets.

Currently, SpaceX is the only company offering customers orbital launches using cost-saving reusable rockets, so Rocket Lab would be joining a very small group of providers serving a quickly growing satellite market — if it can grab its falling rocket from mid-air.

“Trying to catch a rocket as it falls back to Earth is no easy feat — we’re absolutely threading the needle here — but pushing the limits with such complex operations is in our DNA,” said Beck. 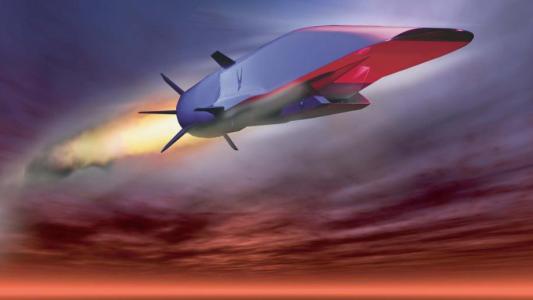 Aerospace
How hypersonic missiles work and the unique threats they pose
By Iain Boyd
Subscribe to Freethink for more great stories
Subscription Center
Sections
Video
Freethink
Subscribe
We focus on solutions: the smartest people, the biggest ideas, and the most ground breaking technology shaping our future.
Subscribe