NASA has shared a new image from Ingenuity, the first helicopter on Mars, and announced plans to extend the aircraft’s mission so that it can help the Perseverance rover explore treacherous parts of the Red Planet.

“Less than a year ago we didn’t even know if powered, controlled flight of an aircraft at Mars was possible,” said Thomas Zurbuchen, NASA’s associate administrator for science. “Now, we are looking forward to Ingenuity’s involvement in Perseverance’s second science campaign.”

The backstory: In April 2021, the Ingenuity helicopter became the first craft to fly on another planet, hovering 10 feet above the Martian surface for about 30 seconds.

This short flight was a big deal for NASA — the ability to fly on other worlds means scientists might be able to get closer looks at parts of other planets that are too treacherous for ground rovers.

Having a helicopter on Mars could potentially help with human missions, too, giving astronauts a way to quickly transport small supplies, samples, and other payloads from one base to another.

What’s new: When Ingenuity first flew, NASA was hopeful that it would be able to fly the helicopter on Mars as many as five times during its 31-day mission. But Ingenuity has already flown 20 more times since then, on what has become a much longer and more important mission.

NASA has now shared a photo of Mars’ “Séítah” region that Ingenuity captured during its 20th flight and announced plans to extend the helicopter’s mission once again, this time through September 2022.

“This upcoming flight will be my 22nd entry in our logbook,” said Ingenuity chief pilot Håvard Grip. “I remember thinking when this all started, we’d be lucky to have three entries and immensely fortunate to get five. Now, at the rate we’re going, I’m going to need a second book.”

Looking ahead: During this extended mission, NASA’s helicopter on Mars will largely operate as a partner to its Perseverance rover. Ingenuity’s flights will help the Percy team scout locations, plan travel routes, and explore the Jezero Crater’s ancient river delta.

Unlike the relatively flat areas Ingenuity has explored so far, the delta is “filled with jagged cliffs, angled surfaces, projecting boulders, and sand-filled pockets that could stop a rover in its tracks (or upend a helicopter upon landing),” according to NASA.

The Ingenuity team is ready for the challenge, though.

“To enhance our chances of success, we have increased the size of our team and are making upgrades to our flight software geared toward improving operational flexibility and flight safety,” said Teddy Tzanetos, Ingenuity team lead. 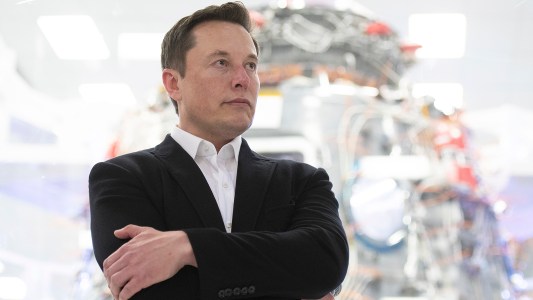