NASA’s Perseverance rover just sent back more stunning images of Mars, this time revealing a small circle it scraped into the planet’s surface on the hunt for rocks to add to its collection.

Samples from Mars: Perseverance isn’t the first rover to reach Mars, but it has a mission unlike any that came before it: collect and stow rock samples that will eventually be retrieved to Earth. NASA will study those samples from Mars for signs that the planet was once home to some sort of life.

“I have dreamed of having Mars samples to analyze since I was a graduate student,” Meenakshi Wadhwa, principal scientist for the Mars Sample Return program, said. “The collection of these well-documented samples will eventually allow us to analyze them in the best laboratories here on Earth once they are returned.”

What’s new? Perseverance collected its first two samples from Mars in September, but it then took a 17-day break in October — because the sun was between Earth and the Red Planet, hindering communication.

Percy is now back in action and looking for the site of its next sample collection. To find it, it just used a tool to scrape away a circular patch of rock, sending back images of the area beneath it.

“Peering inside to look at something no one’s ever seen,” tweeted the rover (or, you know, its social media team) on November 9. “I’ve abraded a small patch of this rock to remove the surface layer and get a look underneath. Zeroing in on my next target for #SamplingMars.”

It’s not clear yet whether NASA likes what it sees in the image and will have Perseverance collect a sample there or if the rover will continue its hunt.

Either way, by the end of its mission, Perseverance is expected to stow more than 40 samples from Mars. The plan is for a European Space Agency rover to then collect them in 2028 and deliver them to a NASA vehicle for a 2031 return mission.

Why it matters: Based on what we know about Mars, the planet appears to have been habitable in its ancient past — but being able to support life and actually supporting life are two different things.

If the samples from Mars contain evidence that it was once inhabited, that would tell us that Earth isn’t the only place in the universe to host life — answering one of humanity’s biggest questions.

The discovery might also help us figure out the origin of life on Earth, as one (controversial) theory is that it started with comets or asteroids carrying microbes here from Mars or elsewhere in the universe. 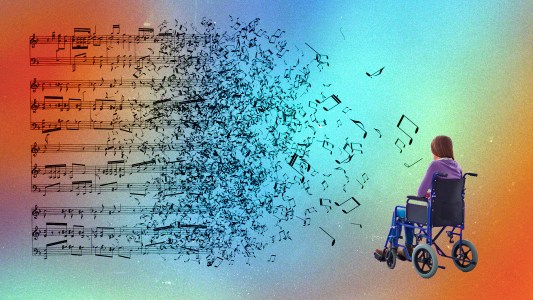