NASA has “holoported” someone to the International Space Station for the first time, demonstrating a new way for astronauts and people on Earth to communicate with one another.

Holoportation 101: Holoportation is the brainchild of Microsoft research. While the name is a portmanteau of “hologram” and “teleportation,” that doesn’t quite explain the technology — it doesn’t involve any real holograms, nor is anything actually teleported anywhere.

Instead, it’s more like a really realistic video chat powered by mixed reality.

“Our physical body is not there, but our human entity absolutely is there.”

For NASA’s holoportation project, for example, flight surgeon Josef Schmid was in a room on Earth with cameras recording him from all angles. That footage was fed to a program developed by Aexa Aerospace that stripped away everything but the doctor himself.

At the same time, ESA astronaut Thomas Pesquet was wearing a Microsoft HoloLens mixed reality headset aboard the ISS. This headset projected the 3D footage of Schmid in real time, making it appear that the doctor was present on board the space station while they chatted.

“Our physical body is not there, but our human entity absolutely is there,” Schmid said. “It doesn’t matter that the space station is traveling 17,500 mph and in constant motion in orbit 250 miles above Earth.”

Face to face: Microsoft has been working on holoportation since at least 2015, but the call with Schmid, which took place in October 2021, was the first time it had virtually sent someone to space.

Now that the tech has proven viable at that long distance, the next step will be holoporting both people on a call, allowing the person back on Earth to feel like the astronaut is in the room with them.

(A private astronaut on board the ISS, as part of Axiom Space’s AX-1 mission, has reportedly already demonstrated that two-way holoportation is possible, but details on his research have yet to be released.)

Staying connected: Two-way holoportation could be particularly useful for helping astronauts and their loved ones back on Earth deal with the emotional stress of being apart, especially once astronauts start going on missions to Mars, which are expected to last three years.

Holoportation on those calls, though, will face a considerable communication delay. A signal takes 5-20 minutes to make the journey between the two planets (depending on how close they are at any given time), even traveling at the speed of light.

“Communication is critical, whether for medical or mission support reasons, or staying in touch with family members,” wrote NASA. “The crew will need to be connected with Earth and Mission Control, no matter where humans explore.” 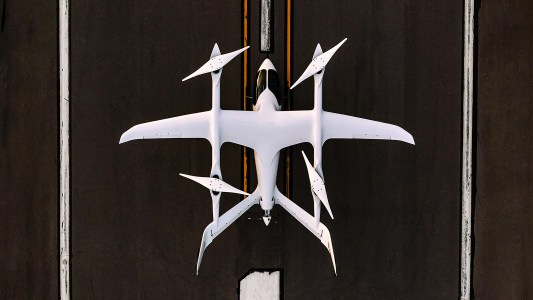 An electric airplane developed by Beta Technologies, an ex-NHL player’s startup, is on the wish lists of Amazon, the US Army, UPS, and more.